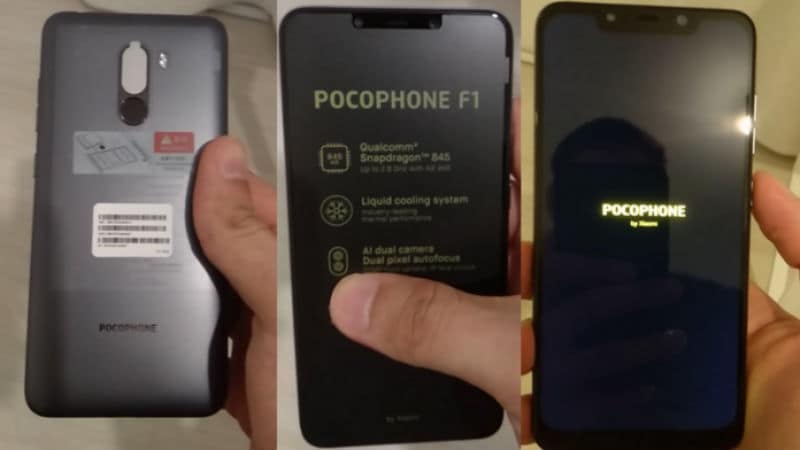 Xiaomi Pocophone F1 may launch in India by October 2018

Pocophone F1, rumoured to be Xiaomi's next handset with the Snapdragon 845 processor, is expected to launch later this year. According to a new report, the Xiaomi Pocophone F1 is expected to launch in India later this year as well. Additionally, new details on the features and specifications of the upcoming smartphone have surfaced on the Internet via a couple of video leaks. While earlier reports had already hinted at some of the specifications of the smartphone, the latest leaks give us a look at the alleged Pocophone F1. From the rumours, it is highly expected that the Pocophone is set to be launched as Xiaomi's fifth handset with the Snapdragon 845 SoC after Mi 8, Mi 8 Explorer Edition, Mi Mix 2S, and Black Shark.

The new Xiaomi Pocophone F1 leak suggests specifications that were already suggested earlier, but for the first time, we get to see the alleged handset in videos. The latest leak consists of two videos, a Pocophone F1 unboxing video and one showcasing the smartphone running a benchmark. The first video, shared by Slashleaks, showcases the design of the Pocophone F1 and its retail box containing the specifications such as Snapdragon 845 SoC with a liquid cooling system, 4000mAh battery, 20-megapixel selfie camera, and IR Face Unlock. It comes with a 3.5mm audio jack at the top and a USB Type-C port at the bottom.

In the second video, shared by a YouTuber, the Xiaomi Pocophone F1 is seen running the AnTuTu benchmark. While a previous report had suggested that the smartphone scored 285,302 points in an AnTuTu listing, the new video shows that the handset managed to score 258,149 points in the benchmark.

Meanwhile, a tipster on Slashleaks has claimed that the Xiaomi Pocophone F1 could launch in India either by mid-September or early October 2018. It is worth noting that all the information is based on leaks and rumours and there has been no official confirmation from Xiaomi about the Pocophone F1.