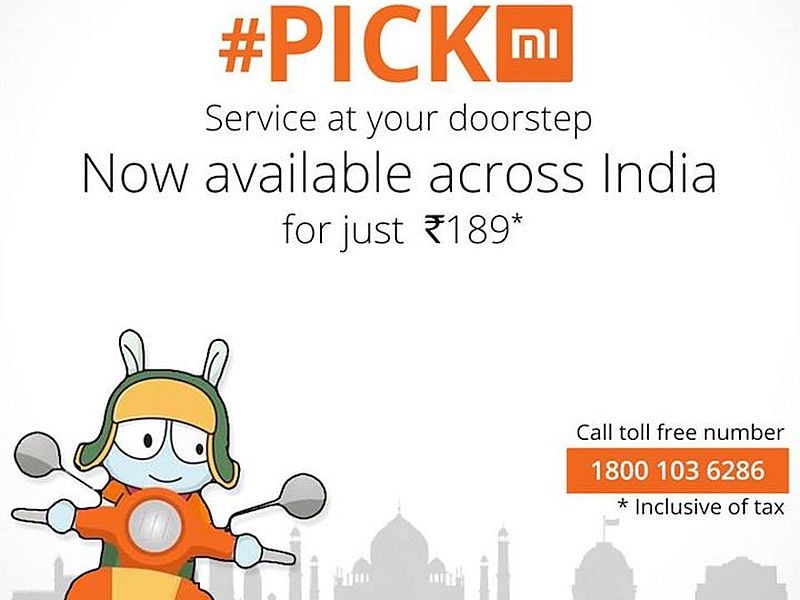 Lately, we have seen several handset brands stressing on improving the after sales service of their products across India. The latest in the league is Xiaomi, which recently announced PickMi doorstep pick up and drop service at just Rs. 189 inclusive of tax. The company has announced that its new service includes all Mi products and is available across India.

In a Facebook post, Xiaomi India said, "PickMi service across India! We bring our service to your doorstep. Call us on 1800-103-6286 and avail our pick up and drop service for all Mi products for just Rs. 189."

The company so far has not completely detailed the new service; Gadgets 360 has reached out to Xiaomi India for more information.

Notably, this is not the first doorstep service announced by the Chinese brand. Back in May, Xiaomi India, in a move to improve its after sales service, had announced a partnership with GadgetWood. Under the partnership, GadgetWood promised one-day repair, which included pick and drop services for Xiaomi devices (smartphones and tablets) within a business day of placing the request for a fee of Rs. 99. The service was only available in Delhi-NCR initially, but a Xiaomi spokesperson had told Gadgets 360 that the company was "exploring opportunities to expand it to other cities in India."

Meizu, another Chinese handset brand, while announcing its MX5 smartphone in August had confirmed plans to launch 40 customer service centres across 20 Indian cities as well and to offer a doorstep service facility as well.

Motorola India in August had announced a pilot project to provide doorstep service to its smartphone users in India. Called Moto Xpress, the service was being trialled in Delhi, Gurgaon, and Noida. The service offered home pickup and drop service for fixing software and accessory related issues on the spot within an hour, while hardware issues within five working days.

Micromax's subsidiary, Yu, also offers door step delivery and the company claims to offer the services since the day one of the launch.