Xiaomi Said to Be Seeding MIUI 9.5 Nightly Build to Some Redmi Note 4 Users 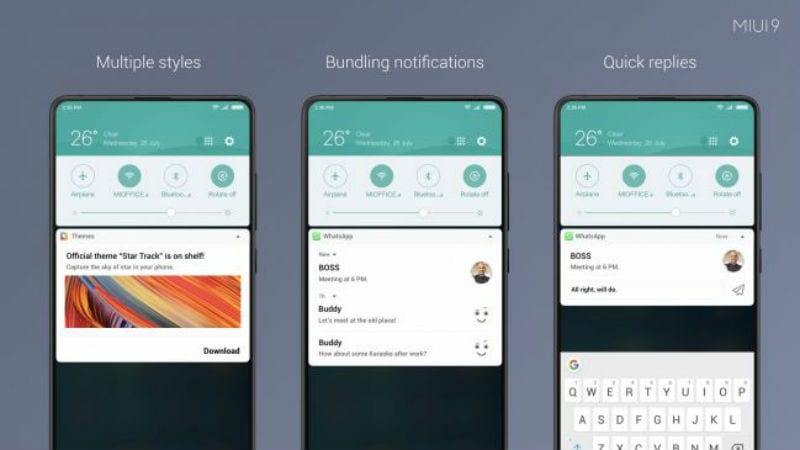 Xiaomi is reportedly rolling out its latest update to its proprietary OS MIUI. As per some Redmi Note 4 users, Xiaomi is bringing the MIUI 9.5 Stable ROM, which includes the much awaited Notification Shade feature. It is essentially a quick reply feature with which you can reply to a message directly from the notification pane. Additionally, the new MIUI 9.5 update is said to bring the February security patch.

As per posts on the Mi Community, Xiaomi is rolling out the MIUI 9.5.4.0.NCFMIFA for some Redmi Note 4 smartphones. Apart from the February security patch, the update is said to bring new ringtones, lock and unlock sound, and charging sounds similar to what it did with the rollout of the MIUI 8.2 Global Stable ROM. However, the posts suggest that it is a Nightly Build. The company is known to roll out stable nightly builds of its MIUI updates to get user feedback before the global rollout.

When Xiaomi unveiled the MIUI 9 Global ROM update back in November last year, after announcing it in July, it had introduced several changes. Later in January this year, the Chinese manufacturer rolled out a few additional features with the MIUI 9.2 update. The latest features included Split Screen, Calendar Cards, new Gallery app, Mi Video app, Mi Drop, new Mi Explorer, App Vault, and some changes in UI. However, the new notification shade has been missing still. Once Xiaomi rolls out the MIUI 9.5 Stable ROM the problem with expanding notification will get resolved.

Meanwhile, Xiaomi had confirmed that the MIUI 9 Global Stable ROM is now available for all compatible handsets. As for how to upgrade, Stable ROM users of MIUI will receive an MIUI 9 update notification on their phone when the latest OTA update is ready for their handsets. Users can also refer to the Updater app to check for updates.

Robot Rides Are Going to Deliver Pizza and Parcels Before People