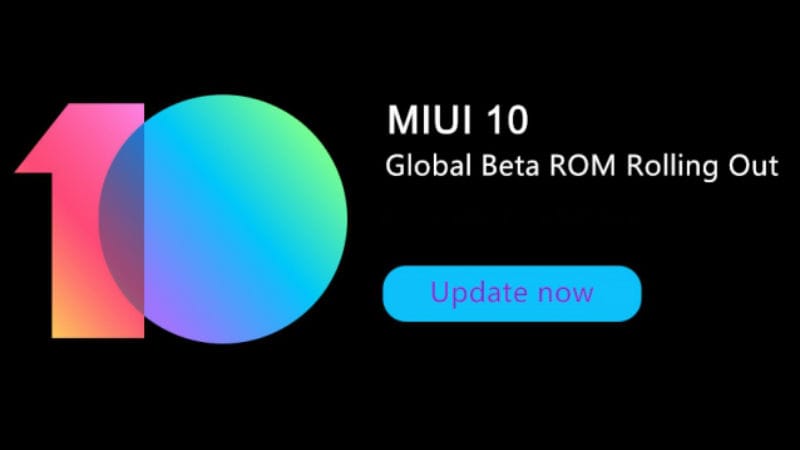 Xiaomi has started to roll out the latest version of MIUI 10 Global Beta ROM to eligible devices. The latest development comes on the heels of the company starting the rollout of the first stable version of MIUI 10 in China. After almost three months since its launch in beta, MIUI 10 arrived in a stable version in Mi 6 in the country. However, globally, Xiaomi is rolling of the MIUI 10 Global Beta 8.8.30 to 25 smartphones. Interestingly, the company had recently suspended the rollout of the last version due to some major bugs. However, the latest global beta ROM version comes with some bug fixes and system optimisations.

As announced via a MIUI forum post, Xiaomi has started the rollout of the latest MIUI 10 Global Beta ROM. The new ROM carries version 8.8.30 and comes with some new developments. Though the update is a minor one, it fixes a significant problem. Earlier, instant messaging apps such as Whats App and Telegram used to show double notifications per message. Xiaomi acknowledged the issue and fixed the bug in the latest update.

In terms of security, Xiaomi says that it has fixed an issue in the MIUI Security app. Some Redmi 5 Plus users had apparently claimed that the text in the scan tool was not getting "completely displayed". The company has also fixed an issue with the Cleaner app that previously used to create a shortcut on the home page, everytime someone used it. This was said to be an issue in all Xiaomi handsets. Additionally, Mi MIX 2S users will no longer see shadows around numbers once they have updated to the latest version of MIUI 10 Global Beta ROM. Xiaomi has provided the full changelog in the forum post.

VMware to Comply With Indian Government's Demand to Localise Data
There Is Big Money to Make in Space Business: Antrix Chairman S. Rakesh