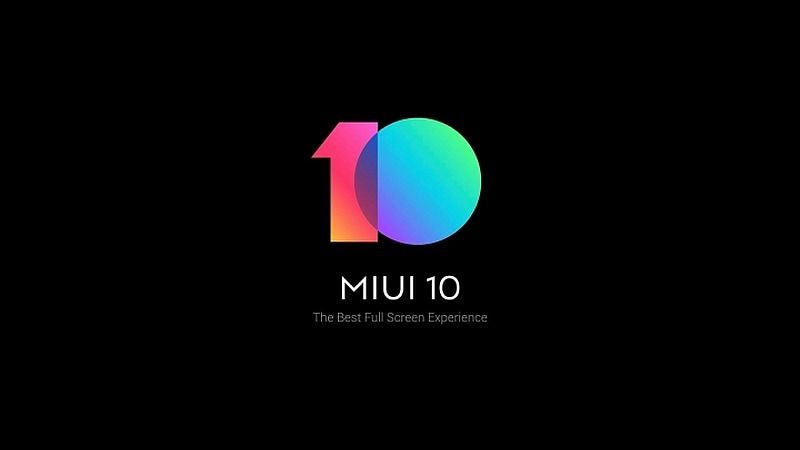 Xiaomi is reportedly rolling out the stable version of MIUI 10 in China on more devices, after making it available first on its Mi 6 smartphone. Last month, the company had started the rollout of the first stable MIUI 10 update in the country, almost three months after its launch in beta. Now, the stable version of Xiaomi's latest custom Android ROM is said to be available on more devices such as the Redmi 6, Redmi 6A, Redmi 6 Pro, Mi 8, Mi 8 Explorer Edition, Mi MIX 2S, Mi Note 2, and Mi 6X. The latest development comes right on the heels of the company releasing the MIUI 10 Global Beta ROM 8.9.6 for compatible devices. Notably, Xiaomi has already promised the MIUI update to the Redmi 6 lineup in India as well.

As per an XDA Developers report, Xiaomi has begun the rollout of the MIUI 10 China Stable ROM on several smartphones. The update is based on Android Oreo and is being rolled out over-the-air (OTA) to smartphones such as Redmi 6, Redmi 6A, Redmi 6 Pro, Mi 8, Mi 8 Explorer Edition, Mi MIX 2S, Mi Note 2, and Mi 6X. While it is said to include a bunch of new developments, Xiaomi has not announced the wider rollout via its MIUI forums. However, in an MIUI forum post, the rollout of the MIUI 10 China Stable ROM to the Mi MIX 2S has been mentioned. The update carries version 10.0.2.0.ODGCNFH. Note, that this is the China Stable ROM, and it has a slightly different feature set than the Global Stable ROM.

Xiaomi's MIUI comes in four variants - China Stable, China Developer, Global Stable, and Global Developer - and the Chinese variants are usually rolled out first as they do not come with Google Play Services and only in Mandarin and English languages. The XDA Developers report mention that the China Stable was released for other smartphones like Redmi Y2/S2, Mi 5, and Mi MIX, Xiaomi Redmi Note 5 Pro, Xiaomi Mi 8 SE, Xiaomi Mi Note 3, and Xiaomi Mi MIX 2 last week.

Also, same as any major update, owners of the mentioned smartphones in China can expect a host of new features, bug fixes, and enhancements with the MIUI 10 stable update. However, there is no official changelog available yet. If you have any of the eligible handsets in China, and are already running a China Stable ROM, you can check for the latest MIUI 10 China Stable ROM by going to Settings > About phone > System updates > Check for updates.