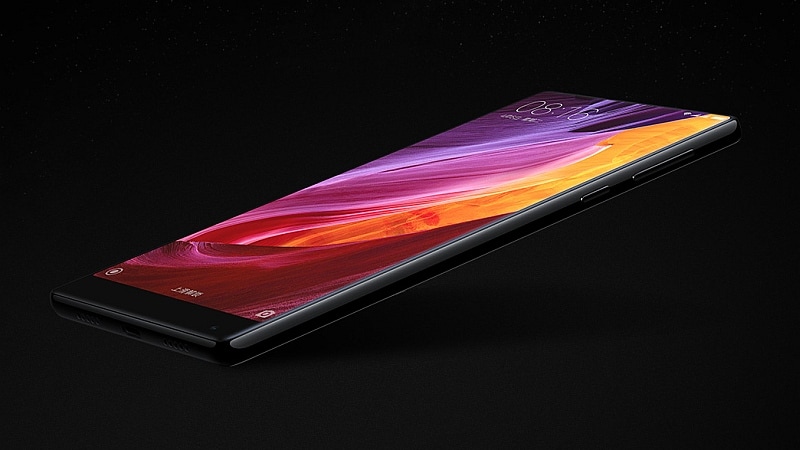 Xiaomi at its Beijing event on Tuesday launched the Mi MIX concept smartphone, a limited edition handset made in collaboration with French designer Philippe Stark. To recall, the company also launched the Mi Note 2. The smartphone is up for pre-order now, and will become available to buy from November 4. It is available in two variants – 4GB RAM/ 128GB storage at CNY 3,499 (roughly Rs. 34,500), and 6GB RAM/ 256GB storage (plus 18k gold trim on the rear camera and fingerprint sensor, as seen below) at CNY 3,999 (roughly Rs. 39,500).

The highlight of the Xiaomi Mi MIX is its near bezel-less display with curved edges on top, and the company is touting a 91.3 percent screen-to-body ratio. It also bears a ceramic body. Another highlight is the piezoelectric acoustic ceramic earpiece speaker, as well as the ultrasonic proximity sensor rather than the traditional front-facing infrared sensor. The company is also touting a front camera module that’s 50 percent smaller than conventional sensors, and is placed at the bottom right corner of the phone.

Apart from 4G LTE support, connectivity options on board include a GPS/ A-GPS, NFC with Mi Pay support, Bluetooth v4.2, Wi-Fi 802.11ac, and a USB Type-C port. The smartphone bears an accelerometer, ambient light sensor, barometer, electronic compass, and gyroscope. It bears a 4400mAh battery with Quick Charge 3.0 support. It ships with a leather case in the box.  It measures 158.8x81.9x7.9, and weighs in at hefty 209 grams.