A new Mi TV model and MIUI 11 will also be introduced at the event. 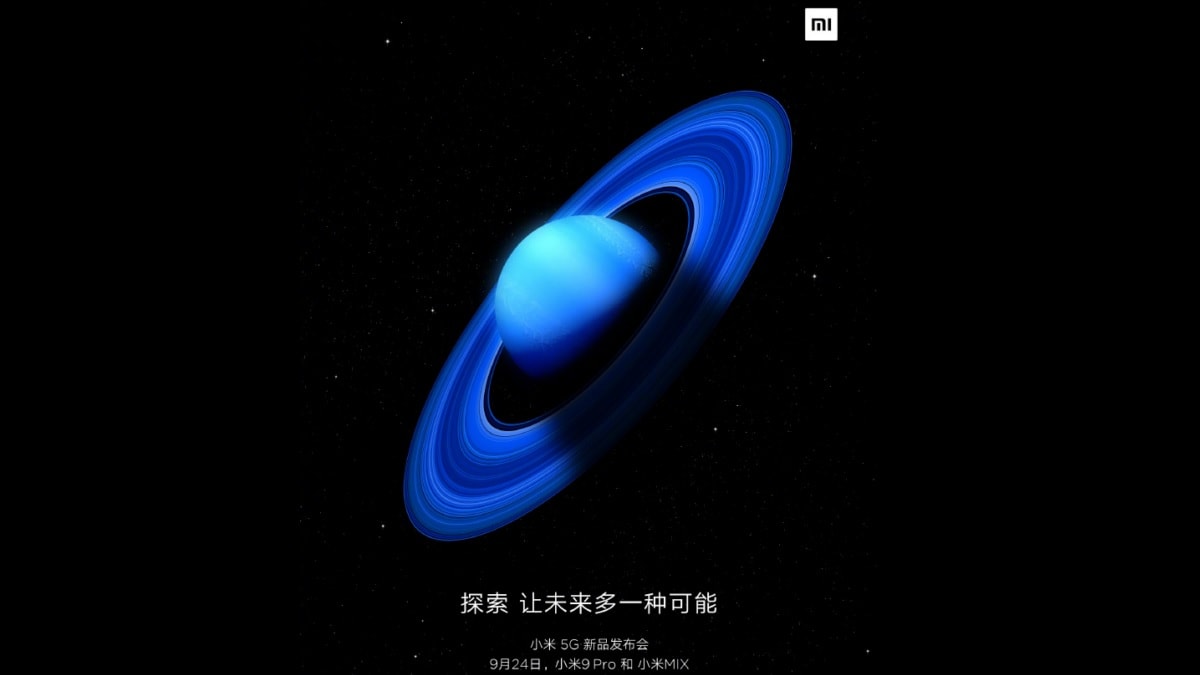 Xiaomi is all set to launch an upgraded version of the Mi 9 flagship, dubbed the Mi 9 Pro 5G, and a new Mi Mix series phone later this month. The company has officially announced that it the Mi 9 Pro 5G and the Mi Mix 5G will be unveiled at an event on September 24. The two phones will also be joined by a new Mi TV model that Xiaomi teased recently. Also, the next iteration of MIUI, called MIUI 11, will also be unveiled at the product launch event.

The official Xiaomi Twitter handle and Weibo account have revealed that both the Mi 9 Pro 5G and the Mi Mix 5G will be launched at an event in Beijing on September 24. The Mi 9 Pro 5G has already been confirmed to support the company's proprietary Mi Charge Turbo technology, which boasts of 30W wireless charging capability. The company also revealed that a new Mi TV model is also in the pipeline and will be unveiled at the event, and MIUI 11 will be introduced as well.

As far as internal specifications go, the Mi 9 Pro 5G will reportedly be powered by the Snapdragon 855 Plus SoC, paired with up to 12GB of RAM. It might pack triple rear cameras with a 48-megapixel primary sensor, assisted by a 12-megapixel telephoto lens, and a 16-megapixel ultra-wide-angle lens. On the front will be a 20-megapixel snapper for selfies and video calls. Xiaomi is also expected to launch a host of new accessories alongside the Mi 9 Pro 5G, such as a 30W wireless charging pad and a 20W smart wireless pad that will show time and charging levels.

The Mi Mix 5G, on the other hand, is tipped to feature a waterfall screen with a 90Hz refresh rate. The phone will reportedly employ the pop-up camera design and will come equipped with a 100-megapixel rear camera, which might turn out to be the 108-megapixel Samsung ISOCELL Bright HMX sensor that has been confirmed to show up on four upcoming Xiaomi phones codenamed as ‘tucana', ‘draco', ‘umi', and ‘cmi'. The Mi Mix 5G is also rumoured to support 40W fast charging standard.