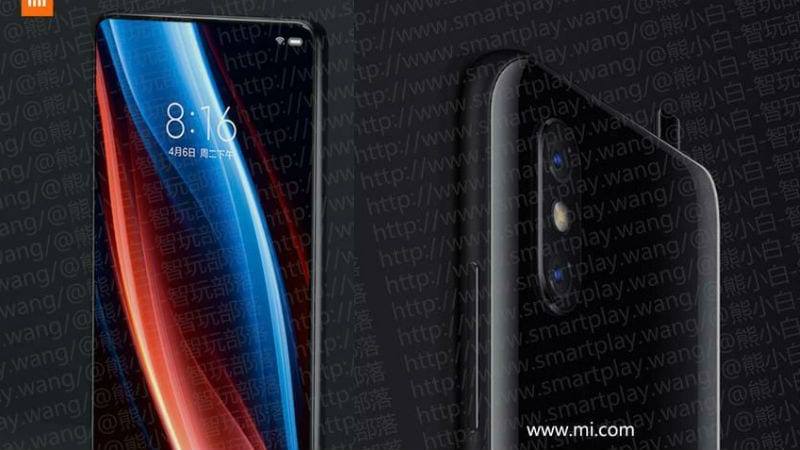 Mi Mix 3 could be one of the upcoming smartphones from Xiaomi. The MI Mix 2 was launched by the Chinese manufacturer back in September 2017, and this year’s model is expected to arrive around the same time. While there may be some time left before there is any official announcement regarding the upcoming handset, rumours and leaks surrounding the Xiaomi Mi Mix 3 have already started doing the rounds. Interestingly, according to fresh leaks, the Mi MIX 3 will arrive with a pop-up selfie camera and an under-display fingerprint scanner, similar to the recently launched Vivo Nex.

Some new renders of an alleged Xiaomi Mi Mix 3 handset have been spotted in an ITHome report. The leaked images suggest that the smartphone offer a higher screen-to-body ratio that its predecessors — Mi Mix 2 and Mi Mix 2S. The company had reportedly filed for a patent in 2015, for the front camera. As per the patent images shared in the report, the smartphone will sport a pop-up selfie camera at the top of the handset. Additionally, the camera may also feature a LED flash. The alleged renders that have surfaced online includes the LED flash enabled pop-up camera.

As per the leaked renders, the Xiaomi Mi Mix 3 will sport thin bezels. It interesting to note that event the bottom bezel appears to be the same as the other sides, suggesting the absence of a chin.

Nvidia GeForce GTX 1180 to Be Revealed Next Month: Report
Amazon Says Over 350 'Kid Skills' Now Available for Alexa in India