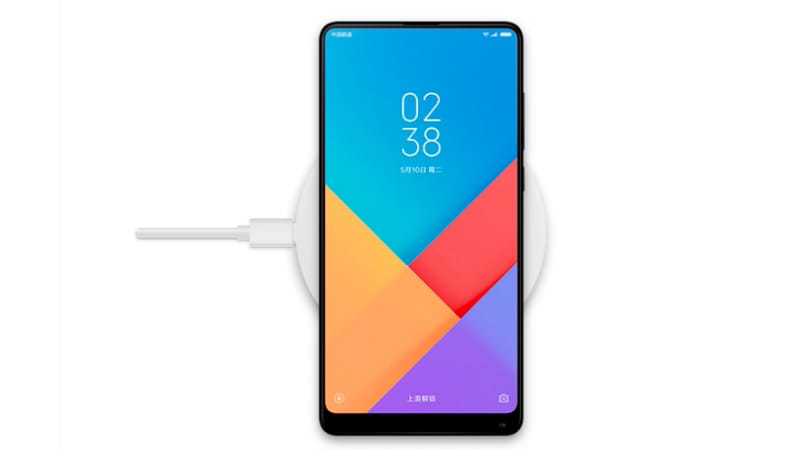 Xiaomi is all set to unveil its latest flagship Mi MIX 2S at a launch event in China on March 27. While the company hasn't yet revealed any official specifications or features of the smartphone, several reports have surfaced online that claim that the Mi MIX 2s will get features including Qi standard wireless charging, ARCore, vertical dual camera setup, and several AI features. Previously, Xiaomi has confirmed that this will be its first phone to get the Qualcomm Snapdragon 845 SoC.

According to firmware obtained by XDA Developers, an official watermark with the words "Shot on Mi MIX 2S AI Dual Camera" reaffirms the presence of dual cameras on the upcoming handset, and hints at the possibility of AI-focused capabilities in the camera. Additionally, a photo posted on Chinese social networking site Weibo shows the Mi MIX 2S with a vertical dual camera setup that resembles the one seen on the iPhone X and, much recently, the Xiaomi Redmi Note 5 Pro.

Secondly, the report also talks about the Mi MIX 2S becoming Xiaomi's first phone to support wireless charging (Qi standard). The Chinese manufacturer was added to the Wireless Power Consortium last year, and the following flagship (Mi 7) was earlier expected to become its first phone to support the technology. A video obtained from MIUI's firmware log reveals directions for aligning the phone with a Qi wireless charging pad.

The report also suggests that the front camera on the phone will be mounted on the bottom of the smartphone, which is contrary to previous renders that have reported the placement on the top right of the Mi MIX 2S.

And, lastly, ARCore will reportedly make an appearance on the Mi MIX 2S. Source code suggests this will be Xiaomi's first smartphone to support Google's latest augmented reality programme out-of-the-box.

The Xiaomi Mi MIX 2S is tipped to sport a 5.99-inch full-HD+ OLED display, up to 8GB of RAM, up to 256GB inbuilt storage, a top-of-the-line Snapdragon 845 SoC, and in-display fingerprint sensors. We will get more clarity on specifications and other features closer to the launch date.

US Sees National Security Risk From Broadcom's Qualcomm Deal
Facebook, Twitter Urged to Do More to Police Hate on Sites