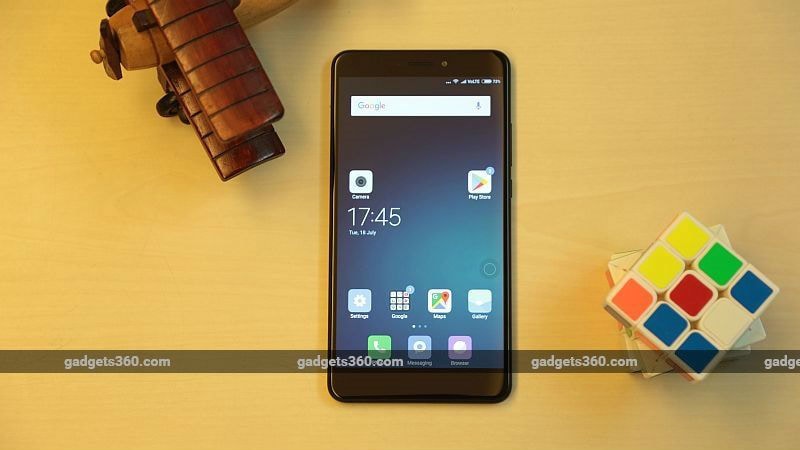 Xiaomi Mi Max 3 is said to be one of the Chinese mobile maker's next smartphone launches, with several leaks finding their way to the internet since December last year. Details regarding the anticipated Xiaomi Mi MIX 2S and Mi 7 handsets have also leaked in several reports. Now, more information regarding specifications and features of the Mi Max 3 has also surfaced online. New rumours suggest that the smartphone from Xiaomi will come with a plethora of interesting features including wireless charging, iris scanner and more.

XDA Developers claims specifications of the Xiaomi Mi Max 3 based on firmware files obtained by Funky Huawei of FunkyHuawei.club. According to the files, the handset will be powered by a Qualcomm Snapdragon 660 SoC. However, there is a chance that there might be Snapdragon 630 SoC variant as well. The battery capacity of the Mi Max 3 is said to be 5500mAh - larger than the 5300mAh battery on the Mi Max 2. The report also confirms that the smartphone will sport a display with 18:9 aspect ratio. This is in line with an earlier report that had hinted at a 6.99-inch display on the 'phablet' along with the same battery specification.

Meanwhile, the highlight of the latest rumour is the inclusion of wireless charging in the Xiaomi Mi Max 3. Xiaomi had become a member of the Wireless Power Consortium that is known for its Qi wireless charging standard last year. This means that the Mi Max 3 could be the first handset from the company that features Qi wireless charging. XDA Developers found "two pieces of direct evidence" in the firmware that support this claim. The report also said that even the upcoming Mi 7 could introduce the same technology.

Further, the report highlights that the rear camera on Mi Max 3 could have either a Sony IMX363 sensor or a Samsung S5K217+S5K5E8 dual camera setup. For the selfie camera, there will be a S5K4H7 sensor from Samsung, the report adds. Interestingly, the Xiaomi Mi Mix 3 may also come with an Omnivision 2281 iris scanner.

The firmware file also reveals that the smartphone will run on the latest Android 8.1 Oreo. Other features revealed in the leak include dual-SIM slot, dual SD card support, IR Blaster, LED light notifications, audio tuned by Dirac, and Qualcomm's aptX and aptX HD Bluetooth audio codecs. It may also come with dual speakers and a front sensor called "remosic".

Xiaomi Redmi Note 5, Redmi Note 5 Pro Next Sale Date Is February 28
Fortnite Is Now 50 Percent Off on PC, PS4, and Xbox One