Xiaomi Mi Max 2, the successor to last year's Mi Max phablet, has been launched in China. At the Mi Max 2 launch event, Xiaomi announced the variants, price, key specifications, and release date of the smartphone in its home country, but did not mention anything about other markets, including India. Like the original model, the new Xiaomi Mi Max 2 has a massive screen and big battery as its highlight features, but has also added stereo speakers to the mix, updated the design, and made improvements to the one-handed mode.

The all-new Xiaomi Mi Max 2, much like its predecessor, features a massive 6.44-inch full-HD (1080x1920 pixels) display which is yet again the biggest highlight of the smartphone. Apart from a massive screen, the Mi Max 2 also packs a large 5300mAh battery.

Xiaomi at the China launch claimed that the Mi Max 2 comes with improved one-handed use which means that the phone will come with software feature that improve usability. The company has also opted for a discreet antenna lines on the Xiaomi Mi Max 2 which look reminiscent to iPhone 7. For a better hand feel, the new Mi Max 2 also comes with rounded edges.

It is powered by an octa-core Snapdragon 625 SoC clocked at 2GHz coupled with 4GB of RAM. The Mi Max 2 comes in 64GB and 128GB inbuilt storage models. There's also a fingerprint scanner at the back of the handset. The phone also features an IR blaster, which the company says can act as an universal remote for televisions and air conditions. It runs MIUI 8 based on Android Nougat. 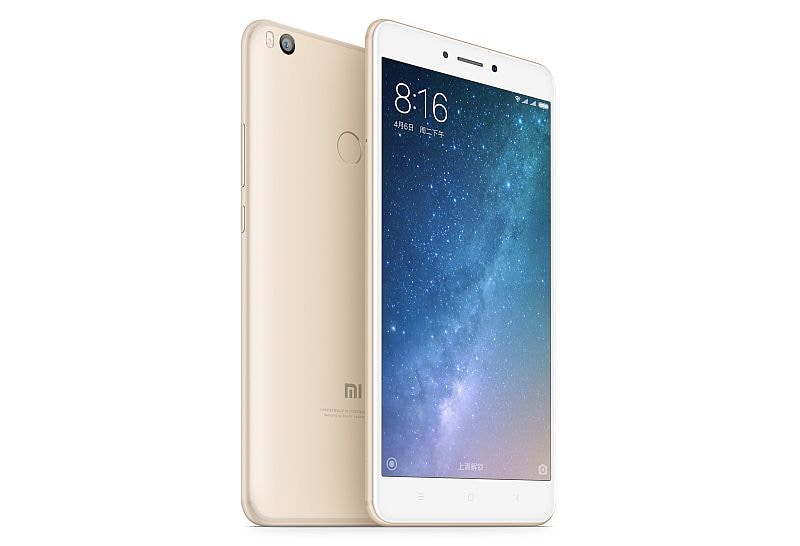 Similar to the original Mi Max, the Mi Max 2 packs an all-metal body, and Xiaomi claims that it follows a symmetrical design with charging port and speaker grilles placed at the bottom panel. The Mi Max 2 also supports Quick Charge 3.0, rated to charge the massive 5300mAh battery up to 68 percent in just one hour. The Chinese company is claiming a two-day battery life for the Mi Max 2.

The Mi Max 2 sports a 12-megapixel rear camera with PDAF support and dual-LED flash. The company is using a Sony IMX386 sensor with 1.25-micron pixels for better handling of different lighting situations. Xiaomi says that the Mi Max 2 comes with an identical primary image sensor to the one seen on the Mi 6. There's also a 5-megapixel front camera on board.