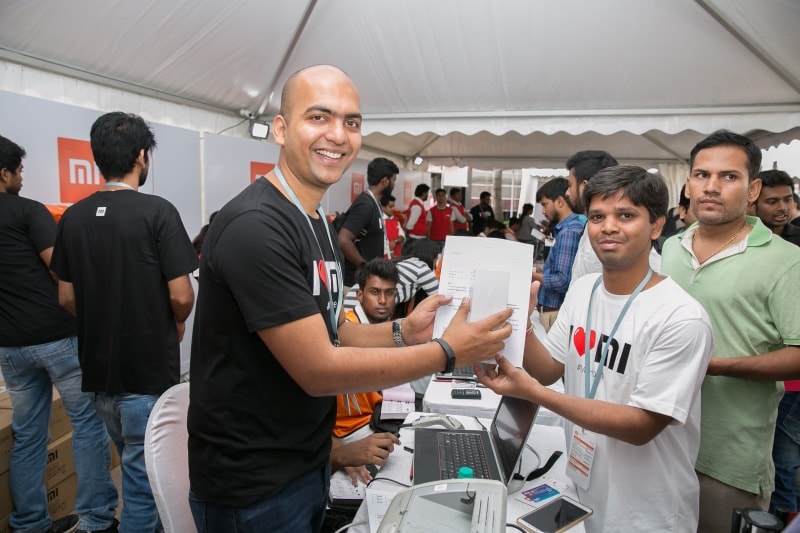 Aiming to ramp up its offline presence in the country, Chinese smartphone maker Xiaomi is all set to open its 'Mi Home' signature retail store in the Delhi-NCR region, a top company executive has said.

"Delhi-NCR will get its 'Mi Home' sometime very soon. Perhaps in next few weeks," Manu Kumar Jain, Vice President, Xiaomi and Managing Director, Xiaomi India, told IANS on the sidelines of an event in New Delhi.

"I can not tell you the exact date as of now unless the store is completely set up," Jain added.

Xiaomi has created the world's largest grain mosaic art spanning 6,000 square feet at Thyagraj Stadium in New Delhi to celebrate the success of record sales of its 'Redmi Note 4' device.

"In about six months time (from January 23-July 23 this year), we sold over five million units which is incredible when compared with some of the best-selling phones like Samsung J2. Last year, 3.3 million units of J2 were sold in the first six months," Jain said.

The mosaic art was measured and certified by Unique Surveyors, a land surveying company.

Nearly 40,000 kg of foodgrain, including pulses and rice, was used to create the mosaic. The grain was later given to the Robin Hood Army NGO which would donate it to nearly five lakh people on Independence Day as part of a Xiaomi initiative.

The Robin Hood Army has pledged to feed one million people across India and Pakistan during this Independence Day and Xiaomi's mosaic art would be the biggest contributor to this mission.

"Xiaomi's comeback can be attributed to strong demand for its sub-Rs 10K portfolio, making the Redmi Note 4 the top-selling model in the first half of 2017. This is the first time any brand has been able to topple Samsung, which has held the best-seller slot for its models over the last four years," said Tarun Pathak, Associate Director, Counterpoint Research, in a recent statement.

The brand is aiming to strengthen its base not only in metropolitan cities but also in tier II and III cities and rural areas that have limited reach and less exposure to e-commerce sites.

"We are making a significant progress in rural areas too. We are doing some pilot programmes in tier II and III cities and villages like taluka headquarters. We are working with retailers there in a very different and innovative way," Jain said.