The Mi CC9 has been confirmed to pack a 48-megapixel rear camera.

The Xiaomi Mi CC9 and Mi CC9e are roughly a week away from their official launch, but the company is keeping the hype train at full velocity. In the lead up to the July 2 event, Xiaomi CEO Lei Jun has shared a pair of images revealing the Dark Blue Planet variant of the Mi CC9, and has also posted a short video to highlight its design. The Mi CC9's Dark Blue Planet edition has a gradient design with a wavy pattern on the rear panel, which looks a bit similar to what we have already seen on the Realme X and Realme 3 Pro.

The Xiaomi co-founder's Weibo post shows the M 9 CC9's Dark Blue Planet variant, which flaunts curved streaks of electric blue and purple gradient on a dark blue backdrop. Jun added that achieving the beautiful pattern on the Mi CC9's rear panel was a tedious process and that it was harder than the work done on the flagship Mi 9. 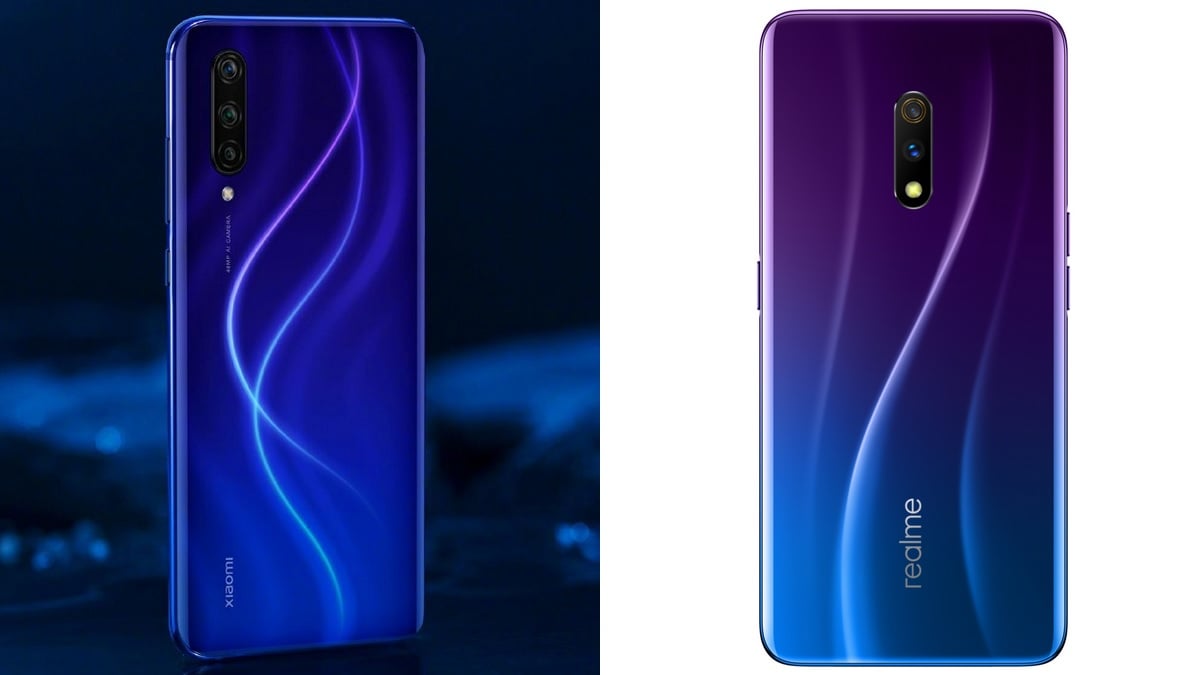 Mi CC9's (Left) gradient finish will draw some comparisons with the one on the Realme X (Right).

In separate Weibo post by the Xiaomi executive, the Xiaomi CC9's Dark Blue Planet variant can be seen from another angle, flaunting its triple rear cameras and the appealing gradient finish. To further excite the anxious fans, Jun also shared a short video, which highlights the beautiful wavy pattern and colour shift on the Mi CC9's rear panel when light falls on it at different angles.

Xiaomi has already shared images of the Mi CC9's white gradient variant as well as the retail packaging of the upcoming phone. The company has also confirmed that the phone will sport a 48-megapixel Sony IMX586 sensor at the back and a 32-megapixel front camera. More details about the Mi CC9 and its more affordable sibling - the Mi CC9e - will be revealed when the two phones are launched at an event on July 2 in China.