Xiaomi is all set to launch the Mi CC9 series in China on July 2, and teaser posters have been flying around social media in abundance. The latest teasers confirm that there will be three variants of the Mi CC9 phones, and that the CC9 will pack 8GB RAM and be offered in 256GB of internal storage as well. The packaging of the CC9 Meitu Custom Edition retail box has also been published. The launch event is set to be held in Beijing at 7pm IST local time.

CEO Lei Jun has taken to Weibo to confirm that there will be three variants that will be launched next week – the Mi CC9, Mi CC9e, and Mi CC9 Meitu Custom Edition. The retail box of the custom edition variant is much different than the other two. The new variant's box is sky blue in colour, and is bigger than the white-coloured box of the Mi CC9.

Furthermore, Jun also boasts of the phone's low-light selfie photo taking skills with super night scene mode. He has shared one photo taken in an almost all black room from a regular mobile phone, and one with the Mi CC9 Meitu Custom Edition. The difference, as shared in his Weibo post, can be seen below. 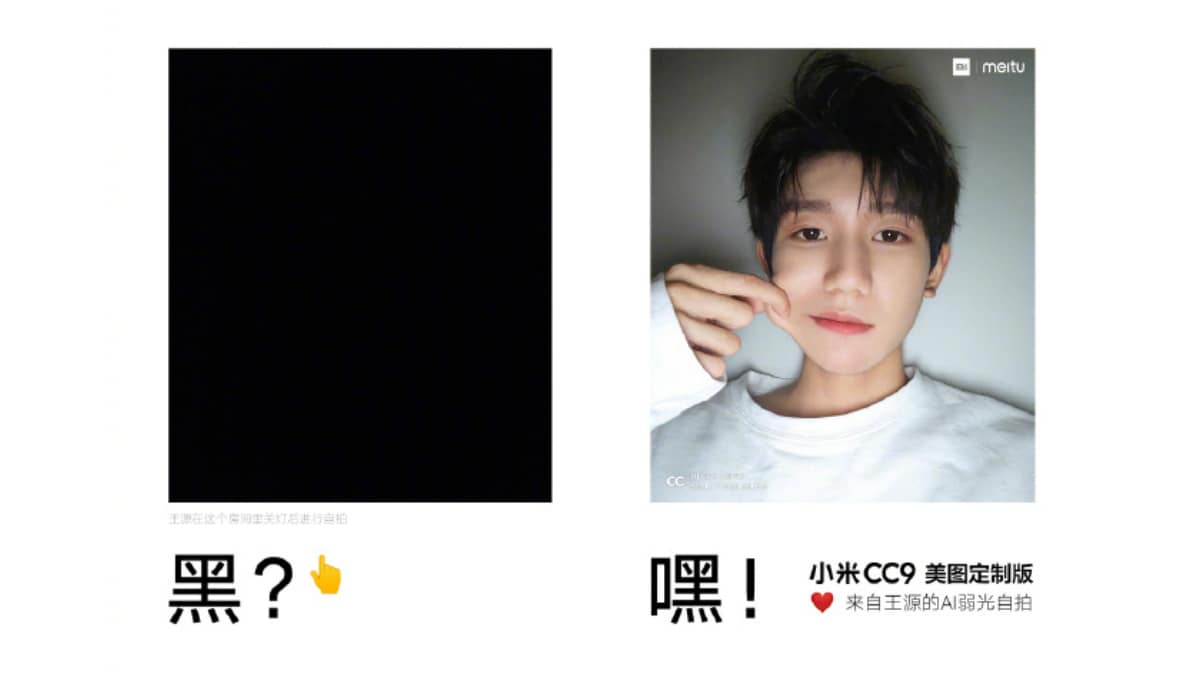 The Xiaomi Mi CC9 was also leaked in a Dark Blue gradient panel finish recently. Apart from the blue variant, Xiaomi recently also confirmed a White glossy variant of the CC9 phone. It is also confirmed to sport a 48-megapixel rear sensor, and a 32-megapixel selfie sensor as well. The phone will come with a triple rear camera setup and an in-screen fingerprint sensor.

The Xiaomi Mi CC9 and Mi CC9e are rumoured to be made available in multiple variants, and the recent price leak suggests that the series will be priced starting at CNY 1,599 (roughly Rs. 16,100). Rumoured specifications of the Mi CC9 include 6.39-inch full-HD+ display, Snapdragon 730 SoC 4,000mAh battery, 48-megapixel Sony IMX586 sensor, and 32-megapixel selfie sensor.