Mi A3 Launch Set for July 17, Alleged Live Images of the Phone Leaked

The leak tips the presence of Snapdragon 665 SoC and triple rear cameras on the Mi A3.

Xiaomi recently started teasing the launch of the Mi A3, promising improved photography performance with its new Mi A-series phone. The company has now officially confirmed that the Mi A3 will be launched at an event on July 17. But before the phone could be officially unveiled, alleged live images of the Mi A3 have surfaced online, alongside its retail package. The latest leak also seemingly confirms some of the rumoured Mi A3 specifications such as Qualcomm Snapdragon 665 SoC, triple rear cameras, and an in-display fingerprint sensor among others.

Xiaomi began teasing the launch of new phones in the Mi ‘A' series with impressive photography prowess, indicating the imminent arrival of Mi A3 and Mi A3 Lite. A few days ago, key specifications and alleged official images of the Mi A3 and the Mi A3 Lite also surfaced online, giving us our first look at the two upcoming phones. Putting an end to speculations regarding the Mi A3 series' launch date, Xiaomi has now officially confirmed that the Mi A3 will be launched on July 17, possibly alongside the Mi A3 Lite.

In a tweet, Xiaomi Spain on Monday teased the impending arrival of Mi A3 on July 17. The latest tweet comes days after Xiaomi Poland had revealed July 25 as the launch date. It seems July 25 is the local release date for Mi A3 in Poland.

The hands-on images of the Mi A3 and its retail box, which come courtesy of GSMArena, show the phone sporting a black paint job and triple rear cameras. The latest leak suggests that the Mi A3 will come in a total of three colours - blue, white, and black – with the first two sporting a gradient finish. The Mi A3 is tipped to be tweaked version of the Mi CC9e that was launched last month. 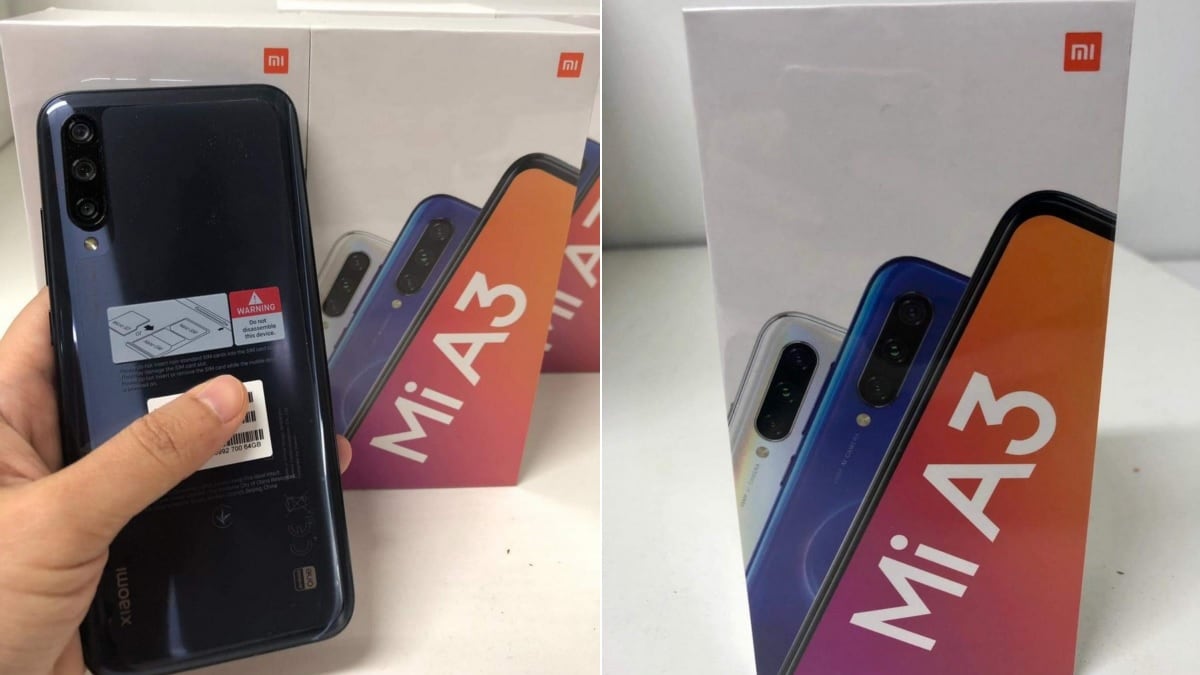 The new leak indicates that the Mi A3 will also come in a black colour option
Photo Credit: GSMArena

The leaked images also seem to confirm some of the rumoured specifications and features of the Mi A3. The plastic film on the phone's display states that the Mi A3 will feature triple rear cameras with a 48-megapixel main snapper. The phone is said to pack a 6.088-inch AMOLED display that will also feature an in-screen fingerprint sensor. The leaked photos further reveal that the Mi A3 will be powered by Snapdragon 665 SoC and will come equipped with a 4,030mAh battery with support for 10W fast charging.

Editor's Note: This report has been updated to reflect the July 17 launch date teased by Xiaomi Spain.