New Xiaomi phone on the US FCC listing features Android One branding, and appears to sport a 48-megapixel AI camera, with design similarities with the Mi CC9e. The model name on Weibo tips it's the Mi A3.

Mi CC9e was launched in China earlier this week

A Xiaomi phone with model number M1906F9SH has surfaced in the database of US FCC. While the Chinese company hasn't revealed any of its plans, the handset surfaced on FCC appears to be a new Android One device -- presumably the Mi A3. The model number available on the documents given to the certification body prominently matches the model number of the Mi CC9e that was launched in China just earlier this week. Xiaomi already has a record of releasing its existing Chinese models as new Android One-based smartphones in the global markets. The Mi CC9e may, therefore, emerge as the Mi A3 in regions outside China.

According to the schematics available with FCC, the new Xiaomi phone appears to have a design similar to the Mi CC9e that was launched in China specifically for the young customers. The image shows an Android One logo at the back of the phone. Also, it highlights dual and single SIM variants of the new offering. The Mi A3 has been in rumours since early this year, and the latest Android One hint on the US FCC tips that the Mi A3 is indeed around the corner.

The label image on the FCC listing additionally includes a mention about a 48-megapixel camera -- backed by artificial intelligence (AI) features. 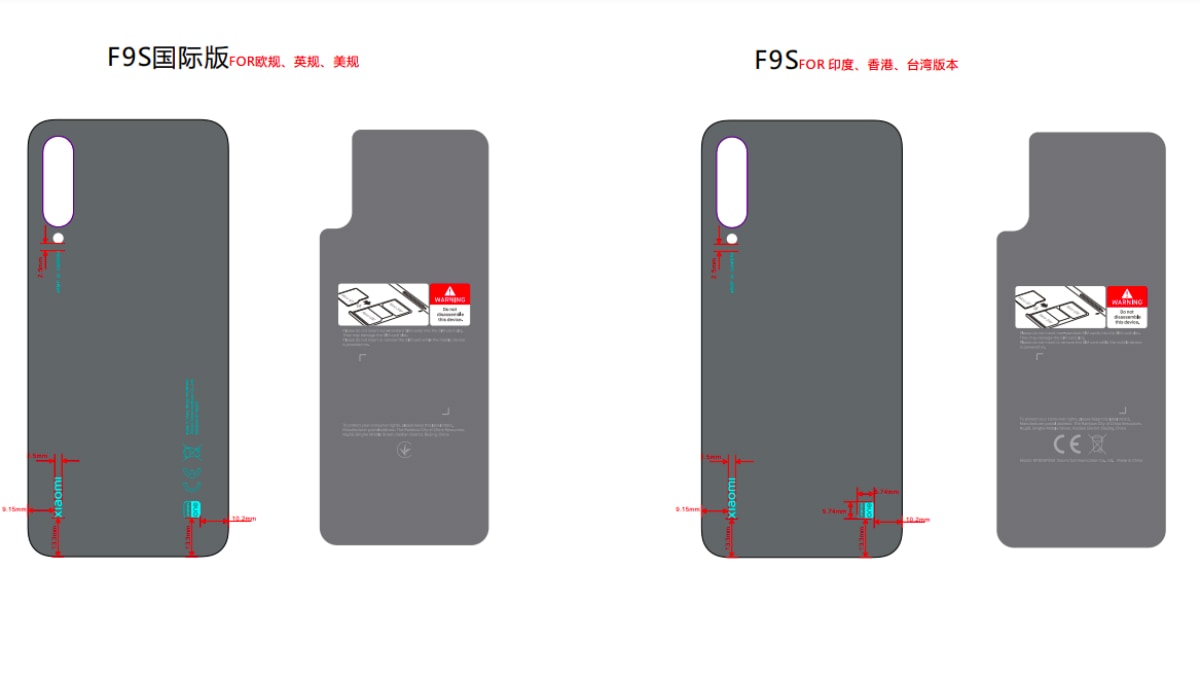 Xiaomi phone with model number M1906F9SH appears to have Android One branding
Photo Credit: US FCC

Coming to the model number available for the phone listed in the FCC database, it is M1906F9SH. An alleged TENAA listing of the Mi CC9e that was spotted just a few days before its official launch showed the model number M1906F9SC. This reflects a minor difference between the two model numbers.

One of the Mi CC9e images on Weibo shows a codename "laurel_sprout." The handset, however, also appeared in the past with codename "laurus" -- a Geekbench listing with the same codename is live. As XDA Developers notes, Android One devices generally come with the suffix of "_sprout." This again suggests that the Mi CC9e could debut globally as the Mi A3.

Additionally, the online publication has found that on the IMEI database of virtual mobile network Ting, a device with model number M1906F9SC has been listed as the Xiaomi Mi A3.

Xiaomi hasn't yet confirmed any development officially. However, if we look at the past records, the company does rebrand its Chinese variants as Mi A-series Android One devices. It launched the Mi 5X in global markets as the Android One-based Mi A1 in 2017. Similarly, the Mi 6X debuted as the Mi A2 last year.