There are a total of 9 features making their way to Mi 9.

Mi 9 was launched earlier this year in February

Xiaomi's current flagship, Mi 9, was launched in February and now it will soon be getting a bunch of new features to enhance its user experience. The news was shared by Xiaomi on its official WeChat account and it looks like a total of nine features will be making their way to the current flagship smartphone. Now, some of these features are totally new while a couple of them have been borrowed from the recently launched Xiaomi Mi CC9. 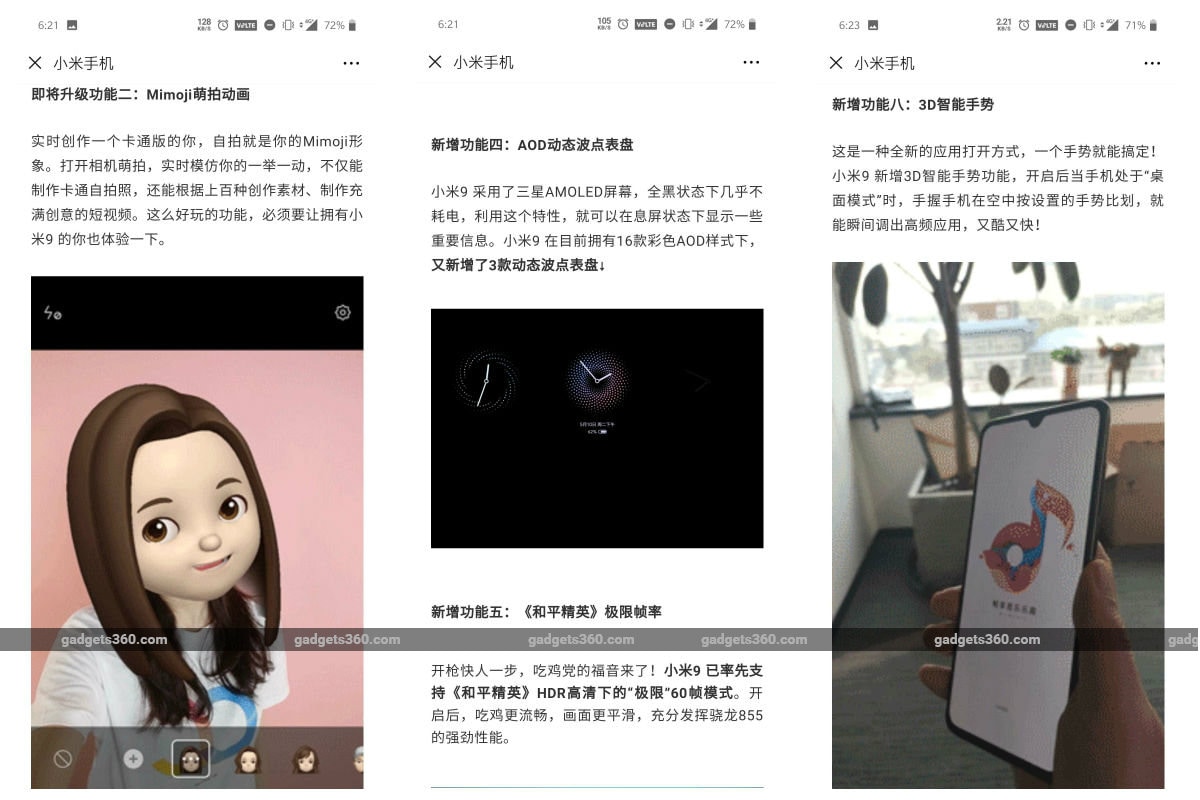 Now, the Mi 9 is not the only Xiaomi phone to receive new features as the recently introduced Redmi K20 and Redmi K20 Pro are also set to receive the Sky Replacement Filter features.