Mi 9, the latest flagship smartphone from Xiaomi, was launched on Wednesday at an event in Beijing, China. Arriving as a a successor to last year's Mi 8, the Mi 9 sports an all-curved design along with a holographic illusion finish and comes with a multi-functional NFC chip as well as a dual-frequency GPS module. Key highlights of Xiaomi's Mi 9 include a triple rear camera setup along with a 48-megapixel primary sensor, Game Turbo technology, 90.7 percent screen-to-body ratio, and a fifth-generation in-display fingerprint sensor. Xiaomi also brought the Mi 9 Transparent Edition and Mi 9 SE models, but no mention of the anticipated Mi 9 Explorer Edition was made. 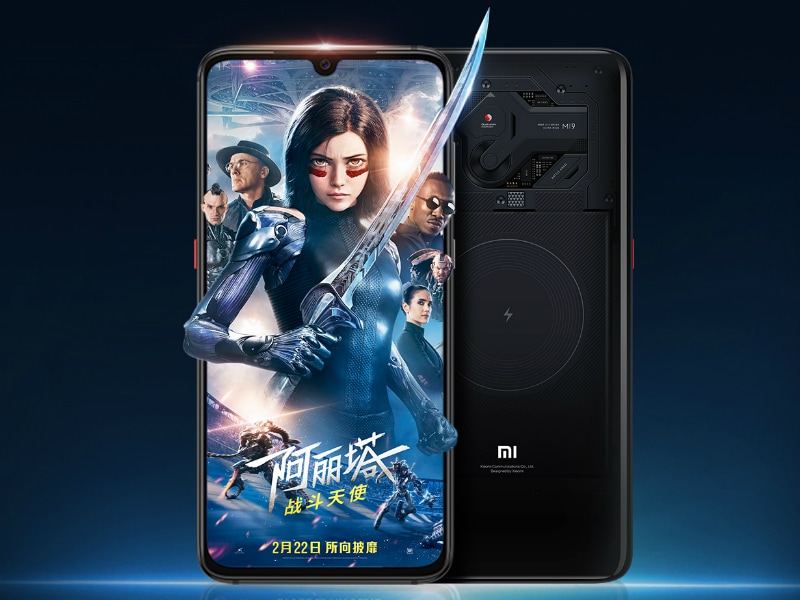 The Xiaomi Mi 9 comes with a dedicated AI button that will let users switch on Google Assistant. This comes similar to last year's LG G7 ThinQ. In China, the same AI dedicated button will work with proprietary Xiao AI.

Alongside the dedicated assistant button, the Xiaomi Mi 9 has a list of advancements, including a multi-functional NFC chip, Always-On colour display, and a Smart Antenna feature. The handset also has dual-frequency GPS connectivity via an independent L5 antenna to enhance accuracy on the part of on-device navigation. Further, there is an IR blaster to let users easily use the Mi 9 as a universal remote controller for their home appliances.

When compared with last year's Mi 8, the Xiaomi Mi 9 has a 40 percent thinner chin -- covering just 3.6mm. The phone also comes with an on-screen ambient light sensor and an ultrasonic proximity sensor. All this helps enable a 90.7 percent screen-to-body ratio.

The Xiaomi Mi 9 also comes preloaded with features such as a screen dimming optimisation, reading mode 2.0, high brightness mode, and a Sunlight mode 2.0. The camera also has a Moon mode and comes with an optimised experience for TikTok users. Moreover, the camera of the Mi 9 is touted to have received an overall score of 107 from the DxOMark team.

Xiaomi has provided a fifth-generation in-display fingerprint sensor on the Mi 9 that is touted to offer 25 percent faster experience than its predecessor. There is also an all-new NFC chip, NXP SN100T, to data sharing and payments support at a 30 percent faster speed than the previous NFC chip.

The dual-SIM (Nano) Xiaomi Mi 9 runs Android 9.0 Pie with MIUI 10 on top and features a 6.39-inch full-HD+ Samsung AMOLED display along with Corning Gorilla Glass 6 protection, waterdrop-style notch, and 600 nits of brightness. The phone is powered by an octa-core Qualcomm Snapdragon 855 SoC, coupled with Adreno 640 GPU and 6GB and 8GB LPDDR4X RAM options.

Coming towards the Xiaomi Mi 9 Transparent Edition, the phone has hardware similar to the original Mi 9. It, however, has 12GB of RAM, seven-piece lens with an f/1.47 aperture on top of the primary sensor, and full-surface transparent back.

In contrast, the Mi 9 SE features a 5.97-inch Samsung AMOLED display and is powered by a Snapdragon 712 SoC, paired with Adreno 616 GPU and 6GB RAM. 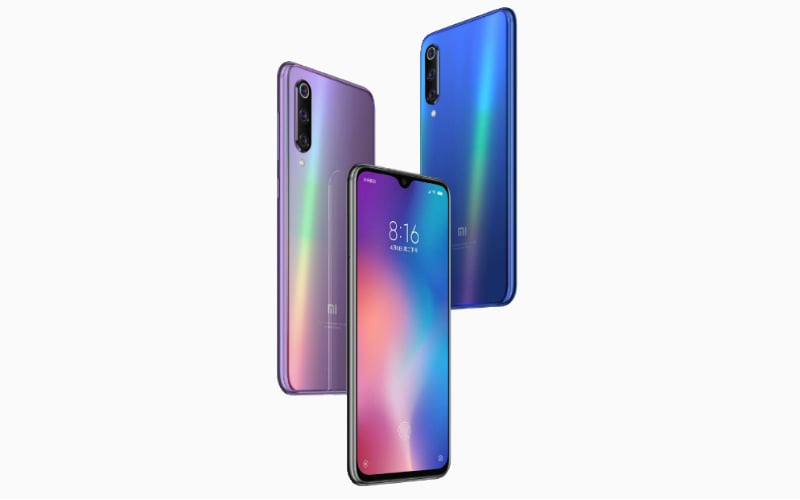 There is a triple rear camera setup on the Mi 9 SE that includes a 48-megapixel primary sensor, 8-megapixel secondary sensor, and a 13-megapixel tertiary sensor. The handset also packs a 3,070mAh battery that supports 18W fast charging. Rest of the specifications are in line with the Mi 9 and Mi 9 Transparent Edition.