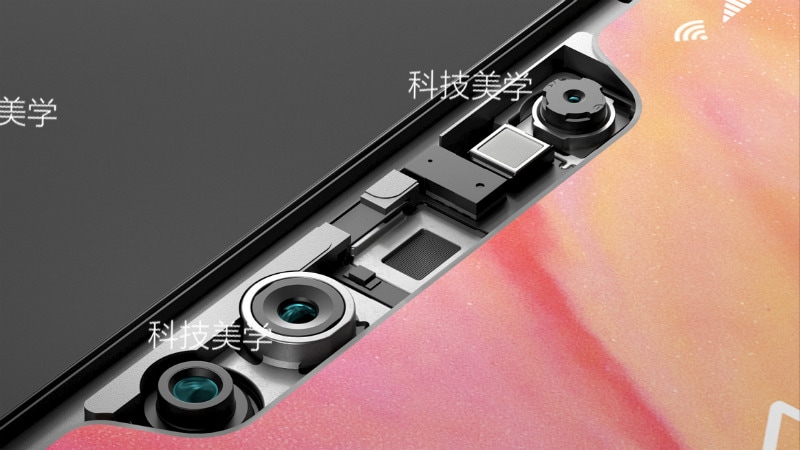 Xiaomi Mi 7 may not just have a notch design or wireless charging support to counter the iPhone X but could also include a dedicated technology to offer a face unlock technology similar to Apple's Face ID. A new image leaked by a Chinese tipster suggests that Xiaomi is building a module similar to the TrueDepth Camera setup of the iPhone X to enable an advanced facial recognition functionality on its next flagship model. Last month, it was claimed that due to the addition of 3D facial sensing, the launch of the Mi 7 has been delayed to the third quarter of 2018. The handset was initially expected to debut at MWC 2018 in Barcelona back in late February.

As per the image, which has been posted on Weibo, the module designed by Xiaomi apparently includes an Infrared (IR) sensor as well as a dot projector alongside the front-facing camera sensor, earpiece, ambient light sensor, and a proximity sensor. All these components will be embedded on the notch. This sounds like the TrueDepth Camera setup that Apple has provided on the iPhone X to enable Face ID. Specifically, the TrueDepth Camera setup has an ambient light, dot projector, flood illuminator, IR sensor, microphone, proximity sensor, and a speaker.

The implementation of the new module is likely to help Xiaomi use 3D face sensing on the Xiaomi Mi 7. Moreover, this could make the Chinese company a distinct entity in the market of Android vendors that are using the selfie camera and Android's facial recognition option to offer the widely available face unlock feature.

However, building something different from the competition isn't easy. Xiaomi is, therefore, as per a previous report working hard to implement its 3D face sensing technology on the Mi 7. It has been spotted that due to the "low success rate of facial recognition caused by slow adjustment processes of related software at Qualcomm", the next Mi series flagship could be delayed until the third quarter. In the past, Samsung and Huawei brought their sophisticated level of 3D facial mapping but that was provided on the devices powered by custom SoCs developed by the vendors natively.

The Xiaomi Mi 7 is expected to be powered by a Qualcomm Snapdragon 845 SoC. Apart from the top-end SoC, the handset is rumoured to have an under-display fingerprint sensor and come with 6GB of RAM.

A recent report from China stated that Xiaomi would skip the Mi 7 name and bring the flagship as the Mi 8, aligning with the eighth anniversary of the company. However, considering the past records, the next Mi series model is expected to come as the Mi 7.

We certainly need to wait until the official launch to see whether the new Mi series flagship will come as the Mi 8 or Mi 7. Nevertheless, it is presumable that Xiaomi is planning to bring some innovations through its new launch to take on the competition.