Xiaomi Mi 6 flagship smartphone has been launched at a Beijing event, ending the year-long wait of fans of the brand. At the Mi 6 launch event, the company stressed on factors such as the premium 3D glass design, powerful Snapdragon 835 processor, 6GB of RAM, and dual rear cameras of new Mi 6 smartphone comes with the new Snapdragon 835 processor, 6GB of RAM, dual-rear cameras. The new Xiaomi smartphone will go on sale on April 28 at 10am CST (7:30am IST).

Coming to the Xiaomi Mi 6 price, there are three variants at different price points. The Mi 6 variant with 64GB storage and 6GB RAM has been priced at CNY 2,499 (roughly Rs. 23,500), while the model with 128GB storage and 6GB RAM costs CNY 2,899 (roughly Rs. 27,000); both variants come in Black, White and Blue colour options. Apart from the two regular versions, Xiaomi has also announced a third version of the smartphone, called the Mi 6 Ceramic, which sports a four-side curved ceramic body and 18K gold-plated camera rims at the back, and comes in Black colour. It has been priced at CNY 2,999 (roughly Rs. 28,000) and comes with 6GB RAM and 128GB storage.

Xiaomi at the event also announced a Silver Edition of the Mi 6 which will sport four-sided 3D curves and an ultra reflective mirror finish. At the keynote, Jun said the Silver Edition will "exude a totally different feel from the blue version you've seen!" 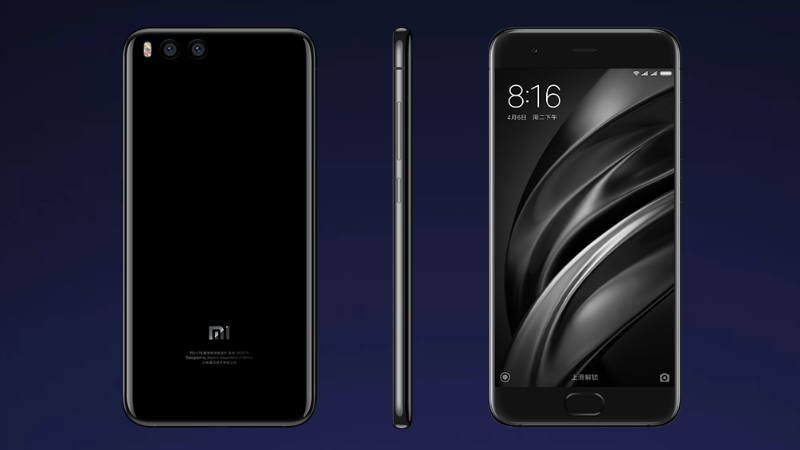 The new flagship smartphone packs the latest octa-core Qualcomm Snapdragon 835 SoC clocked at 2.45GHz coupled with 6GB of RAM and Adreno 540 GPU. Lei Jun, Founder and CEO, Xiaomi, at the event claimed that the Xiaomi Mi 6 with the Snapdragon 835 has better graphics performance compared to the iPhone 7 while the handset was able to beat the new Samsung Galaxy S8 in benchmark results such as AnTuTu.

The Xiaomi Mi 6 display measures 5.15-inch diagonally and sports full-HD (1080x1920 pixel) resolution. Its maximum brightness is 600 nits, but the brightness can be reduced automatically down to as low as 1 nit to reduce eye-strain.

Xiaomi Mi 6's four-sided 3D glass feature on the Mi 6 looks premium and adds overall appeal to the handset. The phone's sides are made from stainless steel which offer high-gloss outline. The company has ditched the 3.5mm headphone jack, and the USB port is USB Type-C.

Jun stressed that the new Mi 6 has been "precisely crafted like a watch." He also claimed that the dual camera at the back has been "seamlessly integrated." The fingerprint scanner on Mi 6 is now placed under-glass at the front. He added that the Mi 6 is resistant to wear and tear, and claimed it's "splash-resistant". 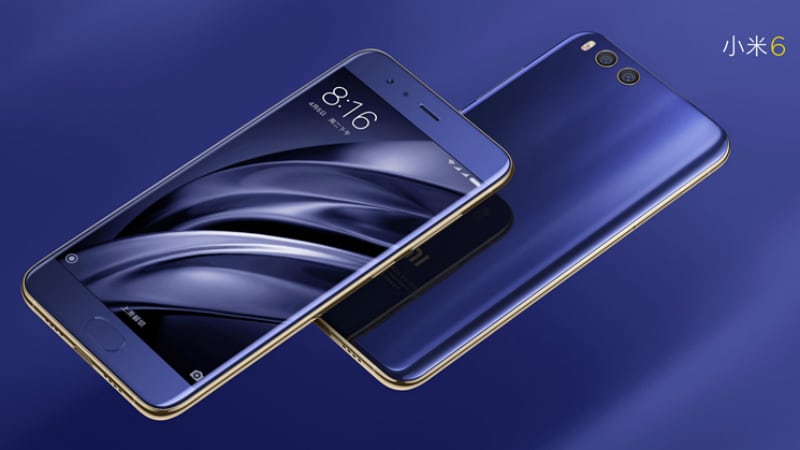 The Mi 6 also comes with NFC and the handset is compatible with the company's Mi Pay NFC-based mobile payments service. Xiaomi confirmed that the Mi 6 comes with new MIUI optimisations which enables the Mi 6 to last up to a full day. MIUI can now restrict applications from starting up, freezes background app, and also comes with a battery saving mode.