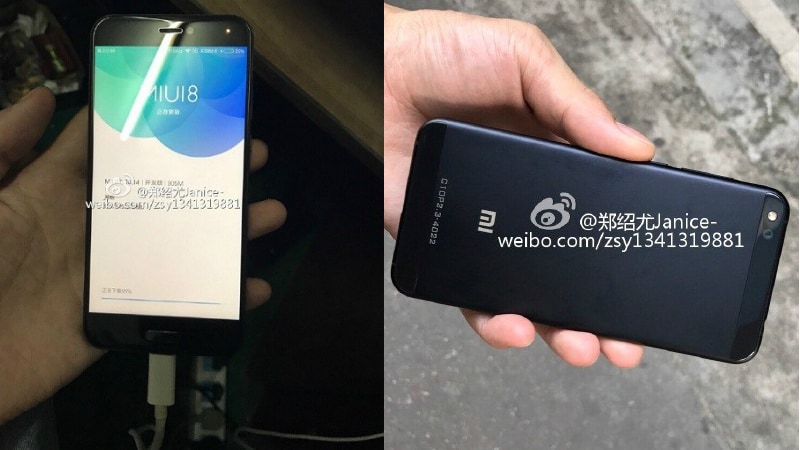 The Xiaomi Mi 5c has been rumoured for quite a while, and now new leak hints that the launch could happen as soon as a week from now - on December 6. Furthermore, live images of the Xiaomi Mi 5c have cropped up online once again, giving us a full blown view of the smartphone from all angles.

According to a report by AndroidPure, the Xiaomi Mi 5c is expected to launch at an event in China on December 6, and the price of the smartphone is pegged to be around CNY 1,000 (roughly Rs. 9,900). An earlier report hinted at a December 12 launch, with a slightly higher price tag of CNY 1,499 (roughly Rs. 14,800). Which of these launch and price details is true, will only be known once Xiaomi makes an official announcement.

Furthermore, live images of the Xiaomi Mi 5c have again been spotted, but this time the smartphone is caught on camera from all angles. The images reiterate all the same things as seen in previous leaks. It sports a sleek frame with round edges, and the fingerprint scanner is housed under the Home Button at the front. The volume and power buttons are both housed on the right edge, and the camera module with the flash is housed on the top right edge at the back. The speaker grille is situated at the bottom, and the Black-coloured Mi 5c is seen running on Xiaomi's MIUI 8 operating system.

The Xiaomi Mi 5c aka Xiaomi Meri smartphone is tipped to feature a 5.5-inch (1080x1920 pixels) full-HD display with 403ppi pixel density. It may be powered by an octa-core processor clocked at 1.4GHz and paired with 3GB of RAM and ARM Mali-T860 GPU. It is expected to be powered by Xiaomi's in-house Pine Cone processor. The smartphone will run on Android 6.0 Marshmallow-based on MIUI 8 out of the box and support NFC-based payments. Lastly, the Xiaomi Mi 5c is expected to come in Rose Gold, Gold, and Black colour variants.