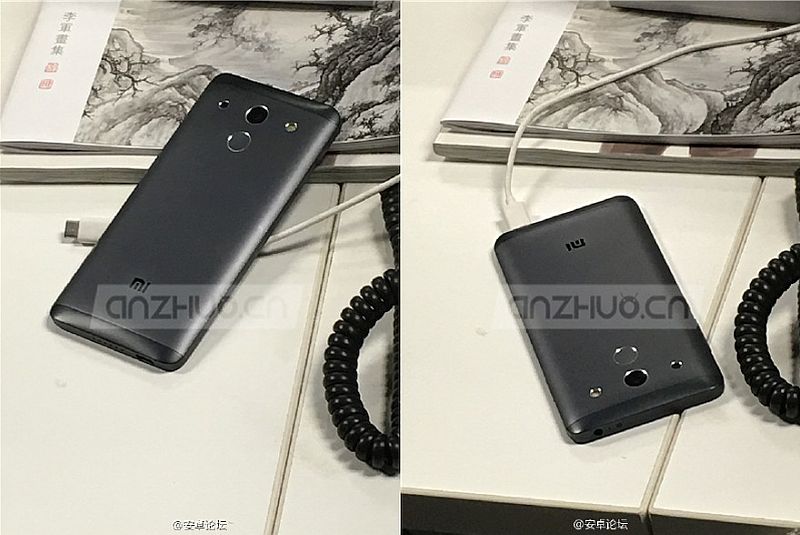 Xiaomi's upcoming Mi 5 flagship has been spotted in live images showing the smartphone's all-metal design. A couple of live images have surfaced on the Chinese equivalent of Twitter, Weibo, and claim to show the Mi 5 in Black colour.

In the images, the Mi 5's all-metal rear panel is purportedly seen featuring a fingerprint scanner right below the camera. In the two images, the Xiaomi Mi 5 can be seen featuring an LED flash and embossed Mi logo at the back. Unfortunately, only the back panel of the purported Mi 5 can be seen in the leaked images. If the images come out to be true then it may contradict earlier reports that claimed Mi 5 will house fingerprint scanner on the home button placed right below the display.

Recently, Xiaomi's Co-Founder and Senior VP Liwan Jiang confirmed that Mi 5 will go on sale one week after the launch. The company had previously tipped that the Mi 5 flagship smartphone will be unveiled after the Spring Festival, which this year starts on February 8, and lasts 15 days.

Earlier, the Chinese company had also revealed that the Mi 5 entered mass production and the company was making sure that there are enough units available for consumers when the phone finally launches.

Xiaomi's Mi 5 is one of the most anticipated flagship smartphones for the company as a lot rides on the success of the device. Recently, the company announced that it had shipped over 70 million phones in 2015, which was below the company's expectations.

Based on preliminary leaks, the Mi 5 is said to feature a 5.2-inch display with either full-HD or QHD resolution. The handset is said to come in two memory and storage versions - 3GB of RAM with 32GB inbuilt storage, and 4GB of RAM with 64GB storage. On the camera front, the Mi 5 is rumoured to pack a 16-megapixel rear camera and a 13-megapixel front-facing camera. It is also supposed to be backed by a 3600mAh battery with Quick Charge 3.0 tech. The handset is said to run MIUI 7 based on Android 6.0 Marshmallow.