Share on Facebook Tweet Snapchat Share Reddit Email Comment
The leaks and teasers just keep coming in ahead of Xiaomi's launch of its next flagship smartphone, the Mi 5, scheduled for February 24 in China. The latest leak tip more features and colour variants of the flagship, and in the meanwhile, the company's Global VP, Hugo Barra announced that the Chinese company for the first time ever will showcase its Mi 5 on the same day at the MWC 2016 event in Barcelona.

(Also see: Xiaomi Mi 5 Price, Specifications, and Everything Else We Already Know)

Considering that Xiaomi has so far launched its new devices only in homeland China or India (the Mi 4i), which is the biggest overseas market for the company, we can expect this to be an indication that Xiaomi may consider releasing the new flagships in the Western markets as well. Last year, Xiaomi launched an online accessory store in the United States and major European countries in an attempt to expand to Western markets. 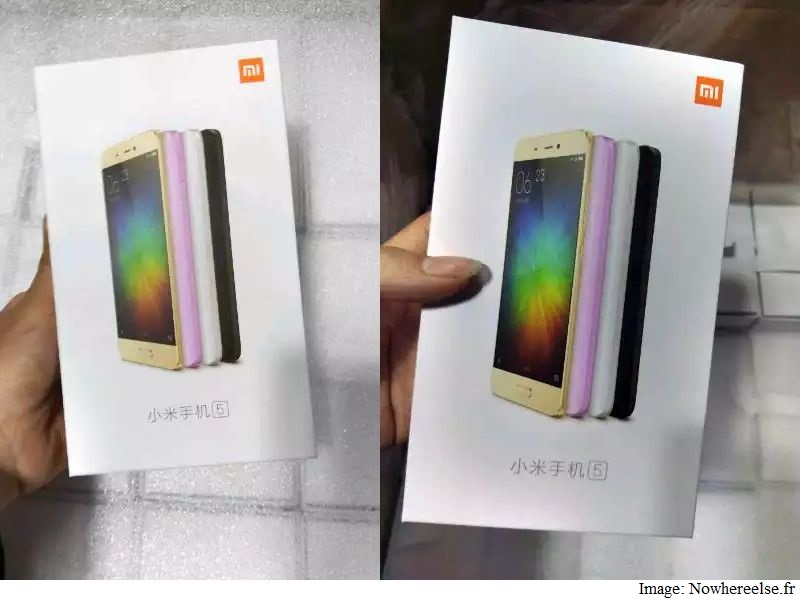 Xiaomi's Mi 5 is now one of the most anticipated flagship smartphone for the company as a lot rides on the success of the device. The Chinese company shipped over 70 million phones last year, which was below the company's expectations.

As for the teaser, Xiaomi Co-Founder and CEO Lei Jun has posted a screenshot on Weibo from the Mi 5 showing the new MIUI version and other features - such as dual-SIM functionality and NFC connectivity.

Coming to the leak, the Xiaomi Mi 5's retail box (seen above) was allegedly spotted in images. The leaked images come courtesy of Nowhereelse.fr and show the Mi 5 purported retail boxes and colour variants. The Mi 5 images on the purported retail box also show the handset's design and are in line with previous leaks.