China's Xiaomi has decided to end further software development for the two of its very popular smartphones — Mi 5 and Redmi Note 3 (Redmi Note 3 Pro in China). According to a post on the company's official forum, Xiaomi will soon be releasing the final software update in the form of MIUI 10.2 for the two phones, following which they will no longer get any further updates. The development comes just over three months after the company announced the same for the Mi 4-series, including the Mi 4S and Mi 4C. The final software update for Mi 4-series phones will be MIUI 10.1.

“We have confirmed with MIUI Global ROM developer team that there will be no Global Beta update for Mi 5 & Redmi Note 3 Pro, except for the last stable ROM that comes in the near future. And Beta Team for Mi 5 and Redmi Note 3 Pro will be disbanded after its release,” reads a post on Xiaomi's MIUI Forum.

Given Xiaomi's previous track record of updating its smartphones for as long as four years, the end of life news for the Mi 5 and Redmi Note 3 phones has come as a complete shock for the company's fans. Many of the fans and Mi device owners voiced their disappointment over the decision on MIUI Forum. 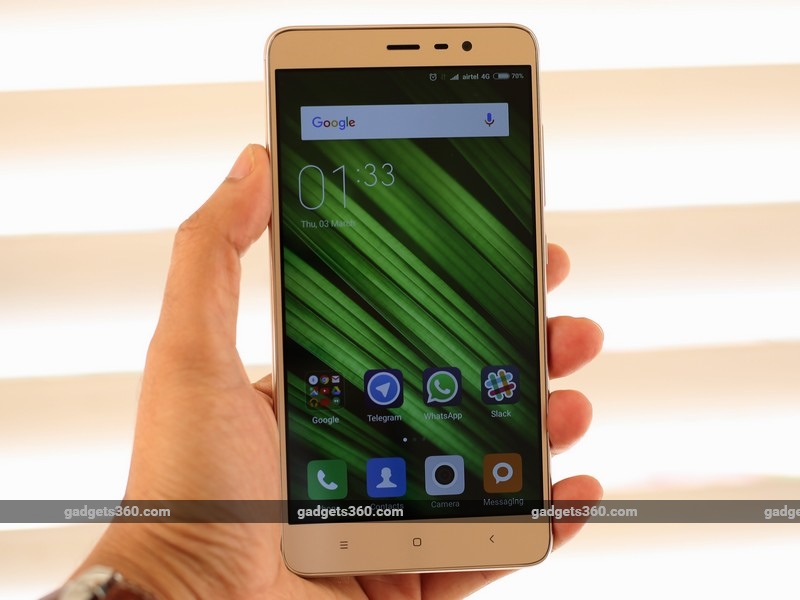 “Wow! This is so sad. I don't have these devices but cutting official support for devices makes me unhappy,” wrote a long time Xiaomi fan with screen name szxa.pikabu.

“This is unacceptable! we are talking about 2016 xiaomi's flagship...how is that possible?,” remarked another company fan.

The final MIUI updates for the Mi 5 and Redmi Note 3 are expected in January 2019.

Xiaomi Mi 5, Redmi Note 3 Will Not Get Any Updates After MIUI 10.2
Comment
Read in: हिंदी