Xiaomi Mi 4i 32GB Variant Could Launch in India on Wednesday 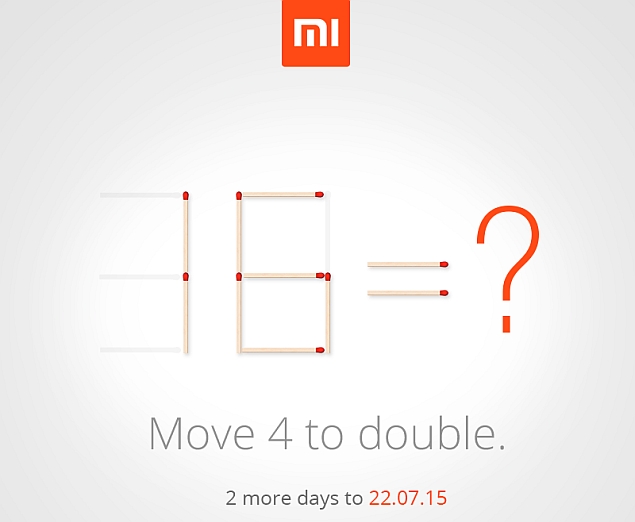 Xiaomi, which in April this year launched the 16GB Mi 4i smartphone in India at Rs. 12,999, now seems ready to introduce its 32GB variant.

The Chinese smartphone maker on Monday posted an image to Facebook showing a cryptic message made out of matchsticks reading "16", followed by a text stating, "Move 4 to double". From the teaser it is likely that the company will launch the 32GB storage variant of the Mi 4i. The price however, remains a mystery. The launch of 32GB Xiaomi Mi 4i would also go in line with company's Vice President Hugo Barra's previous statement of bumping the inbuilt storage limit of the Mi 4i. The launch of the product comes as Xiaomi celebrates its one year in the Indian market on July 22.

Needless to say, the hike in the inbuilt storage of the handset would give users much more space to store media content and other files or documents in the handset. The current 16GB Mi 4i model does not support a microSD card slot and leaves only 13GB accessible by users. Xiaomi Mi 4i was criticised for its lack of microSD slot at launch, something with Barra defended.

"For high performance devices, we are fundamentally against an SD card slot," Barra said. He claimed that microSD cards are vulnerable to failure and in most cases malfunction in various conditions. Pointing out that counterfeit SD cards are quite common, he added they are usually of "extremely poor quality" and slow as well. Barra said some of the issues caused by microSD cards reported by Android smartphones users are app crashing and loss of data.