Xiaomi's alleged new Mi 4c smartphone has again made it to the rumour mills and this time the handset's retail box has reportedly been leaked in an image.

For specifications, the retail box tips that the smartphone will be powered by a Snapdragon 808 processor, in line with an AnTuTu benchmark leak recently.

Other specifications include a 5-inch full-HD display; 2GB of RAM; 16GB storage, and a 3080mAh battery. A 13-megapixel rear camera is listed on the retail box as well alongside a 5-megapixel front camera. 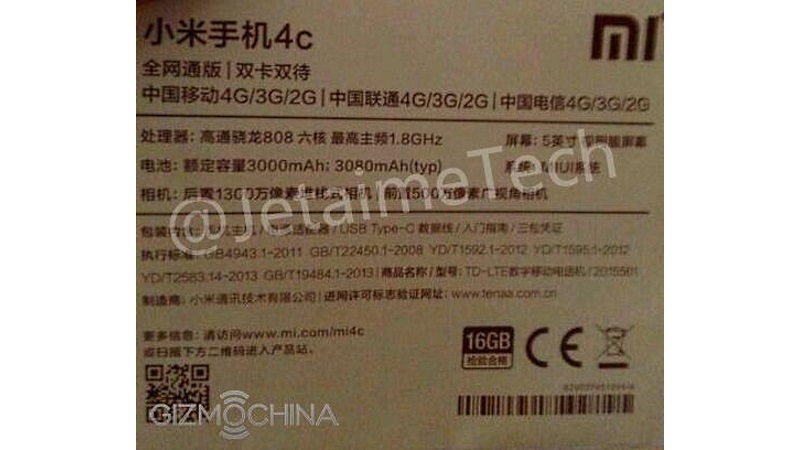 The Xiaomi Mi 4c might be the company's first smartphone featuring USB Type-C, possibly version 3.0, according to the leaked retail box image. The handset is said to run MIUI ROM, most likely the recently released MIUI 7 build. The leaked image was first spotted on Weibo by GizmoChina.

Another Xiaomi handset dubbed 'Libra' with Snapdragon 808 processor was benchmarked last month, and appears to be the same handset.

Recently, Xiaomi was reported to be working on its first dual-edge display smartphone, believed to be dubbed the Mi Edge. It was said to be likely to launch in October this year.