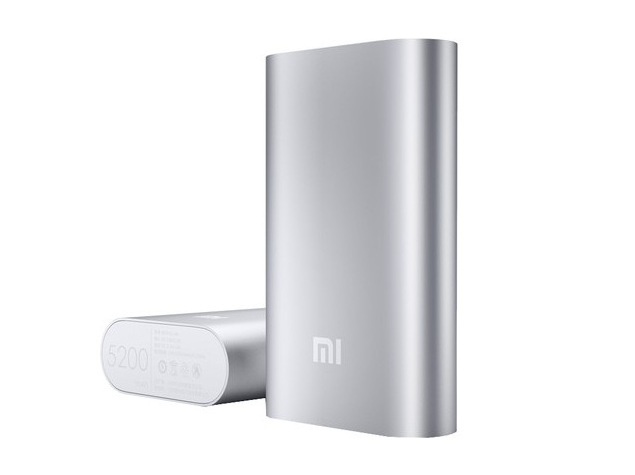 Flipkart has listed two Xiaomi power banks for pre-order via WS Retail, the Mi 10400mAh Power Bank and Mi 5200mAh Power Bank - priced at Rs. 999 and Rs. 799 respectively. Both power banks have for a while been listed at much higher prices by various third-party sellers.

The Mi 10400mAh Power Bank and Mi 5200mAh Power Bank feature textured anodised aluminium casings that are water and corrosion resistant, and can sustain a weight pressure of up to 50kgs. The two power banks also feature indicator lights, and both a Micro-USB and USB port.

The Flipkart listing page also says that both the Mi Power Banks can withstand at least 5,000 Micro-USB and 1,500 USB insertion and removal cycles, and feature dual-battery technology from LG and Samsung. Xiaomi is also touting the chipset used in the power banks, with assurances of no short circuits, input and output overvoltage protection, and overcharge and overdischarge protection.

The portable chargers are compatible with smartphones and tablets from brands like Apple, Samsung, HTC, Google, Blackberry and others. Digital cameras and portable gaming devices are also supported.

While Flipkart currently lists both the Mi Power Banks as 'Coming soon', estimated release dates of the fifth week of August have been provided.

Earlier this week, Xiaomi made its Mi Flip Cover and Mi Screen Protector Guard official accessories for the Mi 3 smartphone available for pre-orders via online retail partner Flipkart, with an estimated release date of the 5th week of August. While the Mi Flip cover is priced at Rs. 559, the Mi Screen Protector Guard comes with a Rs. 179 price tag. Xiaomi India also teased the launch of the Redmi 1S on its Facebook page on Friday.