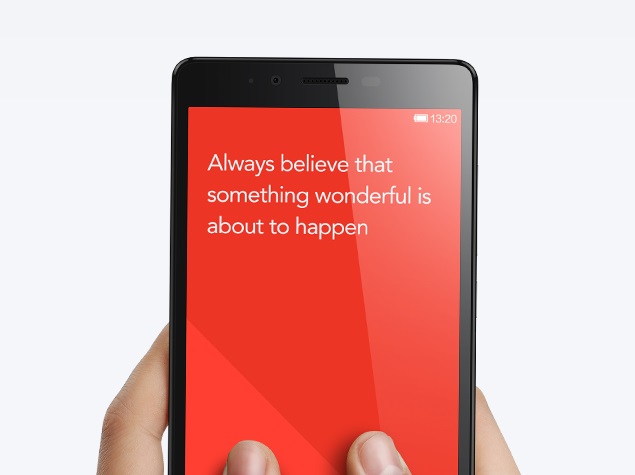 Xiaomi CEO Lei Jun at the World Internet Conference at Wuzhen, China, said he sees his company becoming the world's biggest smartphone maker in the next 5 to 10 years. Additionally, Xiaomi, often referred to as China's Apple, is also considering launching smartwatches as tipped by the company's VP Global.

Xiaomi in its four years of establishment has grown by leaps and bounds. The Chinese company was claimed to be the third-largest mobile phone vendor in terms of smartphones sold replacing Huawei in the third quarter this year, according to a market research firm. It was shortly after ousted from this spot when Lenovo completed its acquisition of Motorola.

The firm was also reported to have secured a 30.3 percent market share in China, passing long-time leader Samsung, which had an 18.4 percent share, in three months ending September, according to a UK-based market research company.

Jun also suggested "Xiaomi will launch its products globally only when it climbs to the top", according to GSM Dome. He reportedly also talked about the six new markets that Xiaomi entered in past year that includes India apart from Hong Kong, Taiwan, Singapore, Malaysia, and Indonesia.

According to Chinese publication CNBeta, which quotes Jun's entire speech at the conference, Xiaomi's entire platform has 70 million active users and the company expects that the number will jump to touch 200 million users worldwide by the end of 2015 (via Google Translate).

In other news, Xiaomi's Hugo Barra in a short YouTube video has revealed that the company has not decided to enter the smartwatch segment but it is looking out to the community for suggestions. The video shows Barra asking the Mi community what features they would want in a Xiaomi smartwatch.

While Barra did not specify any details about plans for launching a smartwatch any time soon; the video confirms that the company is certainly eyeing the smartwatch segment. For those unaware, Xiaomi entered the wearable segment with the launch of the Mi Band earlier this year.

India's Online Shopping User Base to Triple in 2 Years: Google
Tech Mahindra to Buy US Network Services Operator for $240 Million