As for availability, Xiaomi, also referred to as 'China's Apple', said the smartphones are 'coming soon', with the Redmi 1S scheduled for an early August arrival, and Redmi Note for a late August entry into the Indian market.

The dual-SIM (Micro-SIM) Xiaomi Redmi 1S with dual standby was first announced for China in May, and features a 4.7-inch 720x1280 pixel IPS-LCD display with Corning Gorilla Glass 2 protection and a pixel density of roughly 312ppi. It runs on Android 4.3 Jelly Bean with MIUI v5 skinned on top, and no mention of an Android 4.4 KitKat upgrade. 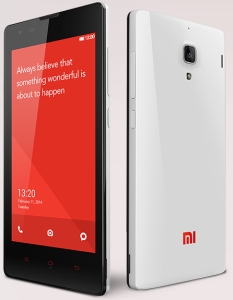 Xiaomi's Redmi 1S (left) is powered by a 1.6GHz quad-core Snapdragon 400 SoC, coupled with Adreno 305 GPU and 1GB of RAM. It has 8GB of built-in storage that is expandable via microSD card (up to 32GB). The Redmi 1S also features an 8-megapixel rear autofocus camera with flash, alongside a 1.6-megapixel front-facing camera.

The Redmi Note (seen above) on the other hand is the company's phablet offering, and features a 5.5-inch 720x1280 pixel IPS-LCD display with an approximate pixel density of 267ppi. Featuring dual-SIM support with dual standby, the Xiaomi Redmi Note is powered by a 1.7GHz octa-core MediaTek MTK6592 SoC, coupled with Mali-450MP4 GPU and 2GB of RAM.

The Xiaomi Redmi Note runs on Android 4.3 Jelly Bean with the MIUI v5 skin on top. It features a 13-megapxiel rear autofocus camera with LED flash, as well as a 5-megapixel rear-facing camera. It comes with 8GB of built-in storage along with microSD card expandability (up to 32GB). Connectivity options on the Redmi Note include GPRS/ EDGE, 3G, Wi-Fi 802.11 b/g/n with Direct and hotspot, Bluetooth 4.0, Micro-USB with OTG, and GPS/ A-GPS. 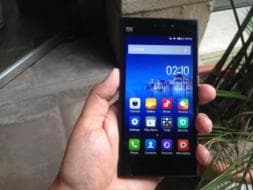