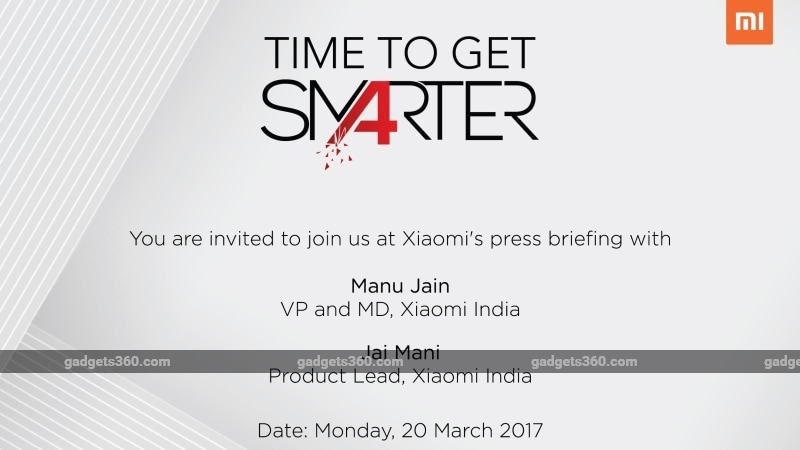 The India event on March 20 will be hosted by VP of Xiaomi India Manu Jain, and Product Lead Jai Mani. The invite reveals little else, but the company is largely speculated to launch all of the four smartphones mentioned above. To recap on the specifications, the Redmi 4 bears a 5-inch HD (720x1280 pixels) display, an octa-core Qualcomm Snapdragon 430 SoC, 2GB of RAM, 13-megapixel rear camera, 5-megapixel camera, 16GB of inbuilt storage, and a 4100mAh battery.

The Redmi 4 Prime sports a 5-inch full-HD (1080x1920 pixels) display, a 2GHz octa-core Qualcomm Snapdragon 625 SoC, 3GB of RAM, 32GB of inbuilt storage, and Bluetooth v4.2 connectivity. Apart from this, all other specifications match the Redmi 4.