Xiaomi, the smartphone maker also known as China's Apple and more recently famous for the popularity of its Mi 3 (Review | Picture) smartphone flash sales in India, has teased what appears to be the Redmi 1S on its Facebook India page.

"Mi fans, we have something really cool in the making for you. Remember to check this page tomorrow [Friday]!," stated the image caption of the post made on Thursday along with a blurred image showcasing a white-coloured device thought to be the Redmi 1S. No new posts or updates are visible on the company's Facebook page. 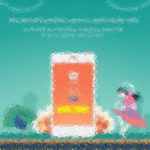 The post (first spotted by The Techolic) also asked its fans to share the image, tag a friend and comment guessing what the device might be. The firm will then select three winners at random who will be gifted the Mi In-Ear headphones. The contest's deadline is Friday (22 August) 11:59pm IST.

Xiaomi at the Mi 3 flagship launch had unveiled the Redmi 1S and Redmi Note, priced at Rs. 6,999 and Rs. 9,999. At the time, Xiaomi had said the smartphones are 'coming soon', with the Redmi 1S scheduled for an early August arrival, and Redmi Note for a late August entry into the Indian market.

The dual-SIM (Micro-SIM) Xiaomi Redmi 1S with dual standby was first announced for China in May, and features a 4.7-inch 720x1280 pixel IPS-LCD display with Corning Gorilla Glass 2 protection and a pixel density of roughly 312ppi. It runs on Android 4.3 Jelly Bean with MIUI v5 skinned on top, and no mention of an Android 4.4 KitKat upgrade.

The Redmi 1S is powered by a 1.6GHz quad-core Snapdragon 400 SoC, coupled with Adreno 305 GPU and 1GB of RAM. It has 8GB of built-in storage that is expandable via microSD card (up to 32GB). The Redmi 1S also features an 8-megapixel rear autofocus camera with flash, alongside a 1.6-megapixel front-facing camera.

On a related note, Xiaomi earlier this week unveiled the next version of its MIUI user interface, MIUI 6. MIUI 6, the new smartphone UI for Android-based Xiaomi devices, comes with major design refresh and also brings a slew of new features. Notably, the Mi 4 runs MIUI 6 out-of-the-box.