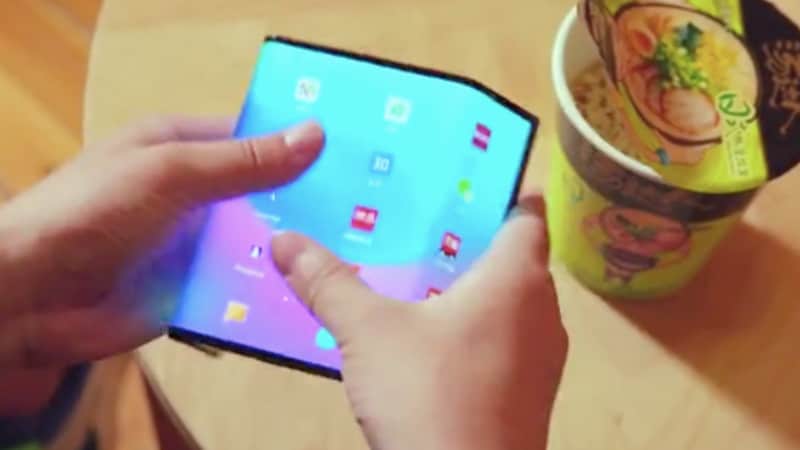 Shared on the official Weibo account of Xiaomi (re-uploaded on YouTube), the video of the company's foldable phone prototype doesn't reveal anything new and just shows a person using the phone in portrait mode in an unfolded state. The person then changes the orientation and folds the phone from both sides before placing it on a box of noodles. The software lag in changing screen orientation as well as turning the UI from tablet mode to phone mode is clearly visible and Xiaomi will need to fix that before bringing the phone to the market.

Apart from Xiaomi, several other smartphone makers, including Samsung, Huawei, and Motorola are also working on foldable smartphones. In fact, Samsung and Huawei unveiled their respective first foldable phones at the Mobile World Congress in Barcelona last month. Samsung's Galaxy Fold sports an in-folding design, whereas Huawei's Mate X comes with an out-folding design. Xiaomi seems to be going its own way with the double-folding design.

These aren't only form-factors that have piqued the interest of the smartphone manufacturers. Motorola confirmed it is working on a foldable phone, thought to be a Razr refresh that will use a vertical folding design to keep the form factor similar to the original flip phone. The Motorola foldable smartphone will also reportedly house a secondary screen that will be visible when the phone is folded.