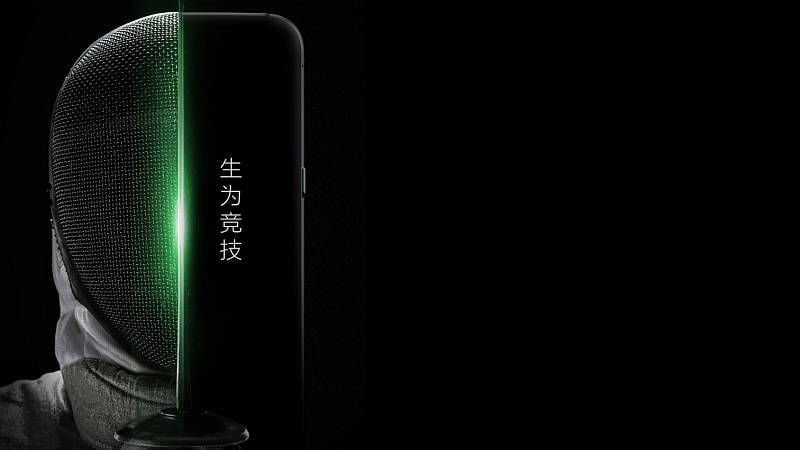 A day ahead of its launch, the Black Shark gaming smartphone has been spotted online in a leaked hands-on video. The latest smartphone from the company is expected to be launched on Friday, April 13. We have already seen a teaser that showed off the gaming capabilities of the handset. Meanwhile, a small video of the Black Shark has now surfaced in China showcasing both the front and rear end of the handset.

A video posted on Chinese microblogging site Weibo gives us an idea of what the Black Shark gaming smartphone may look like. The three-second video shows a standard smartphone design that comes with a fingerprint sensor positioned at the front, a dual rear camera setup, and more. The smartphone also appears to have a glowing light at the back.

The Black Shark, expected to take on the Razer Phone, has a green-coloured theme as well along with a green logo. The new image is inline with the previous report that showed the back of the smartphone. To recall, the earlier leaked image has also displayed a dual rear camera setup, an LED flash, as well as Black Shark branding. Additionally, a logo was seen present at the back similar to the Razer Phone's triple-headed snake logo on the rear panel. Also, the phone appeared to have been wrapped with a custom case that might include a D-pad and some other gaming controls. It could also have a separate battery pack to give users an enhanced playtime while on the go.

Coming to the specifications of the Xiaomi-backed Black Shark gaming smartphone, they are yet to be officially revealed. Nevertheless, an AnTuTu listing had previously confirmed that the new phone will come with a full-HD+ (1080x2160 pixels) display with an 18:9 aspect ratio and 32GB of onboard storage. A listing on Geekbench also detailed the availability of Android 8.0 Oreo and 8GB of RAM.

It is worth noting that we will have to wait for the official announcement that is scheduled on Friday, to see the price and availability of the Black Shark smartphone.