Black Shark will reportedly take on the Razer Phone

While we are a few days away from the launch event, the Black Shark gaming smartphone has now been spotted online in a live image. The new smartphone, which is expected to be launched on Friday, April 13, is already teased with a Snapdragon 845 SoC. A teaser image also emerged recently that showed curved edges of the upcoming smartphone that will be backed by Xiaomi but is expected to carry Black Shark brand to rival Razer Phone.

The leaked image that has been posted on Weibo purportedly shows the back of the Black Shark. The image highlights a dual rear camera setup, accompanied by an LED flash, as well as Black Shark branding. There is also a logo at the back that seems to be strategically placed to match the Razer Phone's triple-headed snake logo on the rear panel. It appears that the phone in the live image is wrapped with a custom case. This might include a D-pad and some other gaming controls. The case is also likely to have a separate battery pack to give users an enhanced playtime while on the go. 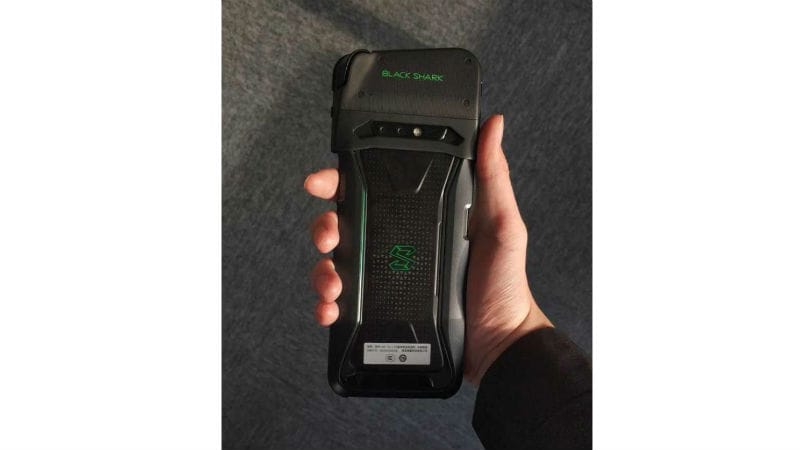 Specifications and features of the Xiaomi-powered Black Shark gaming smartphone are yet to be officially revealed. Nevertheless, an AnTuTu listing previously confirmed that the new phone will come with a full-HD+ (1080x2160 pixels) display with an 18:9 aspect ratio and 32GB of onboard storage. A listing on Geekbench also detailed the availability of Android 8.0 Oreo and 8GB of RAM.

We still need to wait for the official announcement to see the price and availability of the Black Shark smartphone. Meanwhile, you can expect some more leaks and rumours about the next big gaming smartphone launch.