Black Shark 2 Gaming Smartphone to Be Available in India via Flipkart, Teaser Tips

The Xiaomi-backed Black Shark 2 gaming smartphone is set to launch on May 27.

Black Shark 2 has made headlines thanks to a new development related to its upcoming India launch. Black Shark is a niche smartphone maker that is backed by Xiaomi and focuses on powerful gaming smartphones with top-end specifications. The company is set to launch the Black Shark 2 in India on May 27, and now a teaser suggests that the gaming smartphone could go on sale on online retailer Flipkart.

An ad by Flipkart on Instagram describing its portfolio of current and upcoming premium smartphones shows that the Black Shark 2 is likely to go on sale on Flipkart. The ad mentions various brands that are available on Flipkart; some of these such as Google and Poco by Xiaomi are Flipkart-exclusive, while others such as Samsung and Oppo are also available elsewhere. The teaser clearly shows the Black Shark 2 logo, suggesting that Flipkart is already fixed as the online retail partner for the new smartphone.

Xiaomi works closely with both Flipkart and Amazon in India, although the Chinese company has favoured Flipkart for its high-end smartphones such as the Xiaomi Mi Mix 2 and Poco F1 (Review). Based on this report, it's possible that the Xiaomi-backed company could go with the homegrown Flipkart for sales of its latest high-end device. 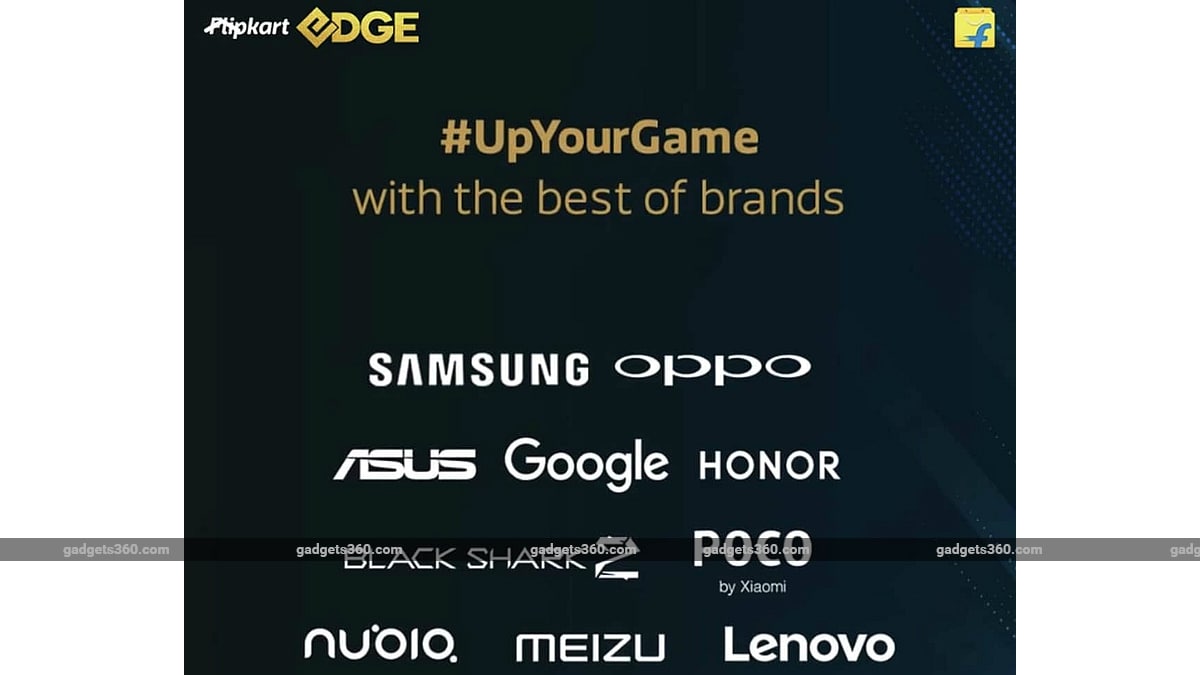 The Black Shark 2 has Liquid Cool 3.0 technology that works with a heat-conducting copper plate to enhance heat dissipation. Black Shark claims that its in-house technology is capable of increasing heat dissipation by 20 times. Additionally, the handset has TrueView Display support and Qualcomm's Snapdragon Elite Gaming to deliver an advanced gaming experience. There is also a Magic Press pressure-sensing technology that enables customisation of pressure sensitivity on the display.

Further reading: Xiaomi, Xiaomi Black Shark 2, Flipkart
Ali Pardiwala Email Ali
Ali Pardiwala writes about audio and video devices for Gadgets 360 out of Mumbai, and has covered the industry for a decade now. Ali is a Senior Reviewer for Gadgets 360, where he has regularly written about televisions, home entertainment, and mobile gaming as well. He is a firm believer in 4K and HDR on televisions, and believes that true wireless earphones are the future of the personal audio industry. Ali is available on Twitter as @AliusPardius and on email at alip@ndtv.com, so do send in ...More
US-China Trade War Turning Into a Tech War
Acer Nitro 5, Swift 3 Laptops Updated With 2nd Gen AMD Ryzen Mobile Processors, Radeon Graphics