Why That Phone Charger Took Two Years to Arrive 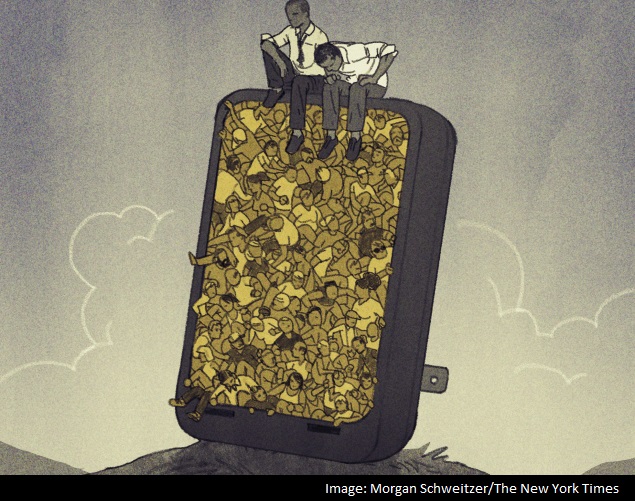 I first heard about the JuiceTank, a slim iPhone case that doubles as a wall charger, when my friends started raving about it two years ago on Twitter. There was one catch, although it didn't bother them: The JuiceTank didn't yet exist.

It was the brainchild of two guys at a startup company who were seeking money via Kickstarter, the crowdfunding site. My curiosity was piqued, too, so I paid $55 in March 2012 to help bring the gadget into the world. My money was a "pre-order," and my own JuiceTank was slated for delivery a few months later.

For a while, I eagerly awaited the arrival of my spiffy new charger, but as time passed - a lot of time - I managed to do without it. Then, a few months ago, I became determined to find out what had happened to my order and to my money. So, I sent a polite email to the support team, which replied that my JuiceTank had actually been delivered some months earlier but to an old address. The team offered to send a replacement.

I had another idea, though: I identified myself as a reporter and asked to be put in touch with the creators of the JuiceTank, so I could learn what had gone awry.

A few days later, I was shaking hands with Lloyd Gladstone and Jesse Pliner, the pair behind the product, in their offices in downtown Manhattan. Both were eager to walk me through the series of errors and glitches that they encountered as they began to transform their idea into a business two years ago.

"Everything that could go wrong went wrong," said Gladstone, including their choice of the name, JuiceTank, which another company was already using.

Eventually, they changed their product's name to the Prong - but the nomenclature snag was only a taste of the hassles ahead.

Designing and fabricating a basic prototype was much harder than they had expected, and they spoke wearily of the process of obtaining permission from Apple to sell the case as a licensed accessory. They were required to work with a small number of preapproved factories, so the men traveled to and from China to negotiate a manufacturing deal and to oversee production.

At the time, Pliner, who worked in finance, and Gladstone, who was studying to become a lawyer, were truly just starting up: They had no prior experience with products or manufacturing.

"We were learning everything on the fly," Pliner said. They kept pushing back the date for shipping, leaving their customers - like me - waiting.

"We kept making promises and failing to deliver," Gladstone said. "There was a point where people started to wonder if it was a scam."

Although they had raised $130,000 through Kickstarter, they burned through the sum rather quickly. It wasn't enough to finance their early costs, so they raised additional money privately. Finally, they began shipping iPhone cases in December 2013 - nearly a year after they had promised to deliver them - and immediately hit another speed bump: Their case no longer seemed cutting-edge. By then, sleek and inexpensive cases that doubled as battery chargers from companies like Mophie and Lenmar were flooding the market. "The technology caught up with what we were offering," Gladstone said. They needed to develop a second-generation version of their product.

They are now doing so - with the PWR Case, which offers a detachable backup battery. And this time around, the company has the benefit of experience: It now has 15 employees and has already sold thousands of the original product. Its creators are using capital they have already raised and say they have a deal with Best Buy to distribute their updated cases, which, they say, will go on sale this summer.

While they made plenty of mistakes, they say they were lucky to have begun with Kickstarter, which generated interest and funding for a project that might not have survived otherwise. Kickstarter, they said, gave them a much-needed stamp of credibility and a core audience, which they plan to leverage for future products.

There have been real success stories on Kickstarter, and I've enjoyed watching some of them take off: products like the Pebble smartwatch, the party game Cards Against Humanity and the virtual-reality headset called the Oculus Rift. (Facebook announced in March that it was buying the company that makes the headset, for $2 billion.)

It was the buzz emanating from Kickstarter that led me to help fund the JuiceTank in the first place. The idea of helping two ambitious inventors experiment with a product appealed to me, as did the thought that I would own a funky new case that few people had.

Yet all those months of waiting cooled some of my initial excitement about crowdfunding on Kickstarter and Indiegogo, a similar site. I used to peruse them relentlessly, looking for neat projects like photography books, indie magazines and movies that I could put a few dollars toward. But I have not pledged money in any crowdfunding campaigns since late last year.

Despite the help from Kickstarter, Gladstone and Pliner said they weren't likely to use it or any other crowdfunding site to raise money in the future. One reason is that they no longer need to go that route. Now that they're experienced, they said, they should be able to attract more capital through direct investment if needed.

A problem with Kickstarter projects a couple of years ago, they said, was that people who backed them might not have understood that they might be funding ideas that hadn't yet been developed or manufactured. In late 2013, Kickstarter began to require that projects on the site have actual finished products, to reduce the chance of two-year delivery lags like the one I experienced.

Still, Kickstarter and other sites, like Indiegogo, view themselves as project enablers, not as guarantors. They say they aren't responsible if a project doesn't deliver.

"We can't force anyone to do anything," said Slava Rubin, one of the founders and the CEO of Indiegogo. "If someone wants to fund something, they should make an informed decision before doing it."

In my case, I believe that I did that. In the end, I've got an extra iPhone charging case, and despite the long delay, seeing a company get started was interesting. For me, it was the process, not the product, that counted most.