Why iPhone 3GS is a better buy than Rs. 10K Android smartphones 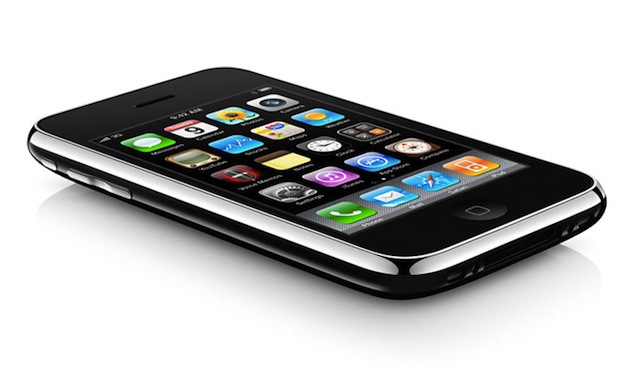 Aircel has lowered the price on the iPhone 3GS to Rs 9,999, making it a really attractive option. Even when you add the Rs. 3,000 advance rental it's probably the cheapest iPhone in the world.

The iPhone 3GS is a pretty capable phone, even if it may feel two, soon to be three, generations old. The hardware specs are in line with what most current-generation Android smartphones at the price point offer, though some do beat the 3GS on RAM and camera megapixel count.

The best part about the iPhone 3GS is that it will run the latest version of iOS the day iOS 6 releases. Contrast that with the scenario in the Android world, where even smartphones costing Rs. 30,000 or more had to wait for months before they got Android 4.0. And just as some of them were finally getting ready to receive Ice Cream Sandwich, Google went ahead and released Android 4.1 Jelly Bean. The wait begins all over again.

It's true that iOS 5 on iPhone 3GS feels a little bit sluggish. However reports indicate that Apple has made performance improvements in iOS 6 and it actually runs faster on iPhone 3GS than iOS 5.

A note of caution though. Performance in beta versions is just an indication of how things are going to turn out to be. The final iOS 6 version may end up performing worse (or better) than the beta, so you may be well advised to wait until iOS 6 comes to get a real idea as far as iOS 6 performance on iPhone 3GS is concerned. Still, the early signs are good if you are an existing iPhone 3GS user or looking to buy one.

iPhone 3GS users on iOS 6 will enjoy new features like updated Maps, Shared Photo Streams and Passbook. Also included is ability to decline incoming calls calls with text messages or a "remind me later" option, that will remind you to call back the person later. Pretty handy.

iOS 6 also includes improvements to the mail and browsing experience, which will be extended to iPhone 3GS.

However, there are some iOS 6 features that iPhone 3GS will not receive. These are flyover and turn-by-turn navigation in Maps, the improved Siri (which iPhone 4 will not get either) and FaceTime (the 3GS has no front-camera).

While on Maps, we would love to be surprised, but we doubt India will get turn-by-turn navigation (at least initially), so that isn't much of a loss in itself. In any case, there are plenty of third-party apps that you can use to fill that gap.

Other features that the iPhone 3GS will not get are Offline Reading List, and accessibility features that require Made for iPhone hearing aids, which are supported only by iPhone 4 and above.

Overall, there are more hits than misses as far as iOS 6 on iPhone 3GS is concerned, and it boast of running the latest OS version for another year. A claim that can be made by only a handful devices in the Android world.
Comments

'Minority Report' software hits the real world
Question for a CEO: What is Yahoo?