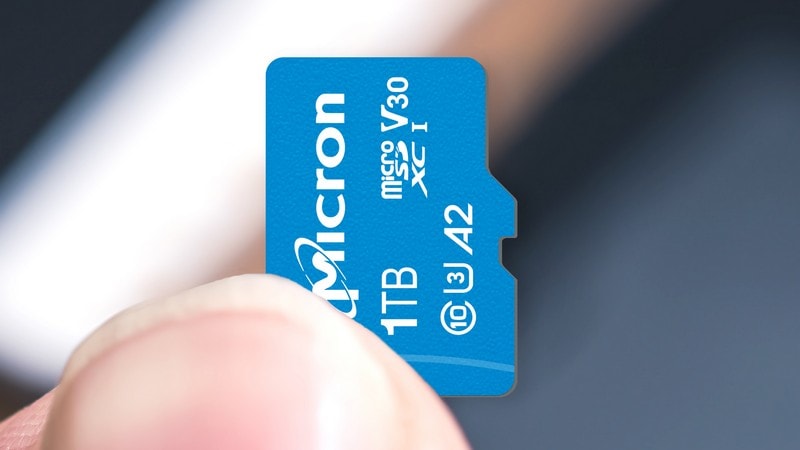 The SanDisk Extreme microSDXC 1TB microSD card is priced at $449.99

If you are among the folks who lament the lack of microSD cards with 1TB of storage capacity, now is the time to rejoice. Western Digital and Micron have announced UHS-I microSD cards with 1TB storage capacity at MWC 2019 to meet the demand of professionals for higher storage space. Micron's storage solution goes by the name Micron c200 1TB microSDXC UHS-I and will be available in the second quarter of 2019. Western Digital's offering will hit the shelves as SanDisk Extreme microSDXC UHS-I and can be purchased starting April 2019.

The SanDisk Extreme microSDXC UHS-I 1TB microSD card is priced at $449.99 (around Rs. 32,000) and is now up for pre-order from the official SanDisk website, while select retail partners will start offering the high capacity microSD card in April. As far as specifications go, Western Digital's 1TB microSD card is claimed to offer a data read speed of up to 160MBps and a peak data write speed of 90MBps. The storage solution follows the A2 specification for launching and loading apps, with a claimed performance output of 400 IOPS (read) and 2000 IOPs (write), however, the results may vary based upon capabilities of the host device.

The Micron c200 1TB microSD card, on the other hand, offers a slightly lower read speed of 100MBps and write speed of 95MBps. The Micron card is claimed to accelerate the data write pace by employing the Dynamic SLC cache, aside from performing automatic resource management for sustained peak performance. Just like the SanDisk Extreme 1TB microSD card, the Micron c200 also meets the A2 specification for handling applications.

Moreover, it employs the Micron 96-layer 3D QLC NAND and has Video Speed Class 30 support. The Micron c200 1TB microSD card is currently going through the sampling phase and will become widely available in Q2 2019. However, there is no word on its pricing.