Watch How This Man Built an iPhone 6s From Spare Parts 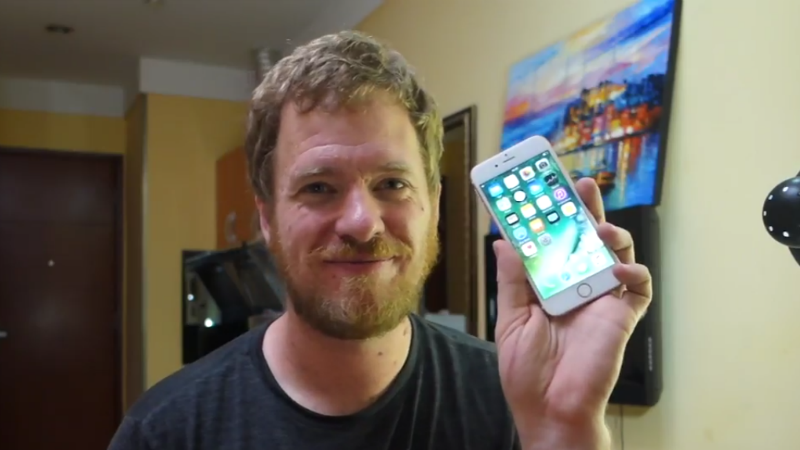 For most people, an iPhone is a product they would buy from a store or online. Then there are those who like to tread paths unknown. The man behind the YouTube channel Strange Parts, a programmer and self-professed geek, appears to be one such person, as he tasked himself with creating an iPhone 6s on his own – using parts purchased from China’s famed Shenzhen markets.

The project started with search for a metal back case, which was rather easy to get. This was followed by search for someone who could engrave the laser markings to align cables and the patch where the antenna is housed – which eventually took him to a small shop in the market that got the job done.

He also took the help of a Chinese man named Frank to buy other parts need to make his own iPhone 6s. The duo went looking for shops to buy the glass panel, digitiser, LCD panel, and backlight. Another shop filled with electronics components is where the first major milestone was achieved – the iPhone screen was assembled successfully.

With the back panel and screen in his possession, and next up was the logic board – the heart of the smartphone. Though he tried to get the logic board up and running by himself, he met his first major failure, after which he enrolled in an institute that taught how to repair smartphones. With a new logic board and battery in place, he was able to get the phone working. However, the obstacle was that the compass on the home-made iPhone 6s did not work, meaning another trip to the market. Another morning was spent on buying parts such as camera modules, Home button, screws, etc.

Despite his training at the smartphone repair institute, he missed out on a few tricks in assembling his iPhone 6s, which meant another trip to the market to find out where he went wrong. With that sorted, the video shows that assembling the iPhone 6s was a smooth process – and voila, the home-made unit worked like a charm.

The project took “a couple of months,” he says, adding that it is easy for even newbies to assemble an iPhone, and that it is no different from assembling your own desktop PC - though we'd beg to differ. For one, it involves way too much effort, and, the resultant product could very well blow up in your face (literally) without the numerous safety checks of a full-fledged, quality-tested production line.

There you have it, an instructional video on how to build your own iPhone 6s. Of course, you'll need access to the limitless spare parts available in China's Shenzhen markets, more than a little experience with assembling miniaturised components, a decent amount of cash (though the video doesn't describe the cost of the parts or the courses), and even a pleasing manner to convince busy shopkeepers to help out. If you feel the effort is worth the pleasure of owning a DIY iPhone, here's your chance.