Vivo Z5 is set to pack an in-display fingerprint sensor. 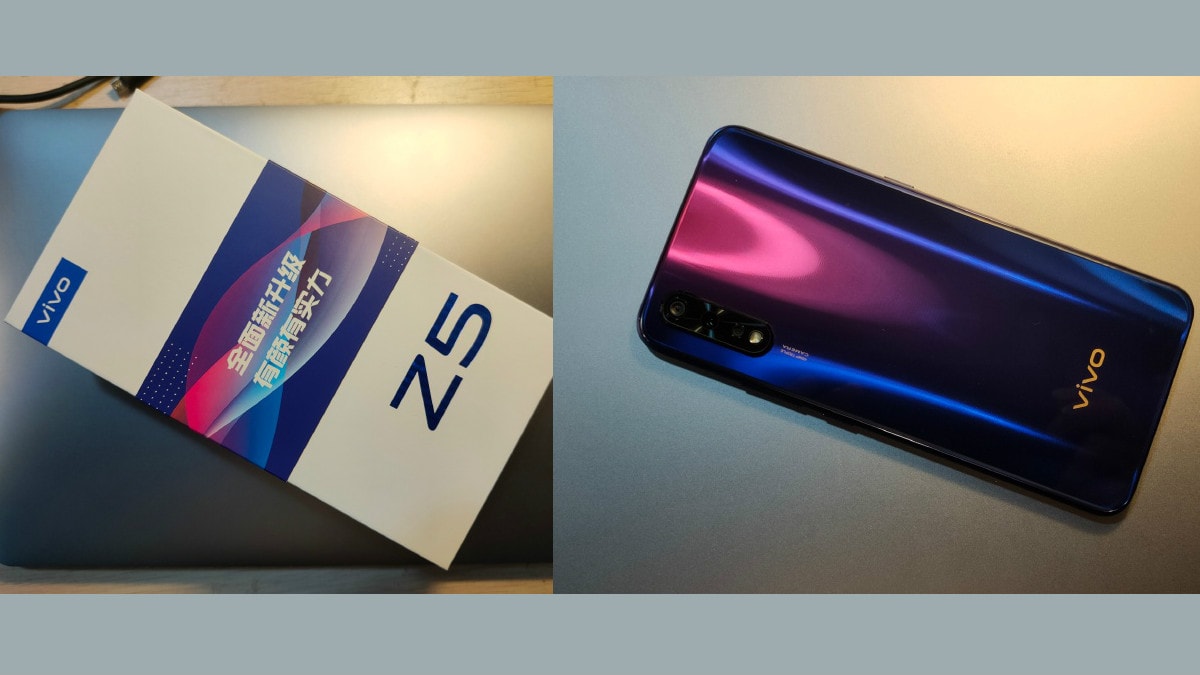 Vivo's upcoming smartphone, Vivo Z5, has reportedly been showcased in a fresh set of hands-on images. The invites for the Vivo Z5 launch event set to take place in China have already been sent out, and the unveiling date has been set for July 31. Moreover, the Chinese tech giant has already confirmed the key specifications of the Vivo Z5, and it is suggested that the smartphone will come sporting an in-display fingerprint sensor along with a triple-camera setup at the back.

Shared on Chinese social media website Weibo, the alleged hands-on images of the Vivo Z5 showcase the retail box as well as key design details of the smartphone. The retail box features a pretty minimal design with just the phone's name mentioned on the front. Moving on to the device itself, the images of the Vivo Z5 show the device sporting a display that has a waterdrop-syle notch at the top and pretty thin bezels. At the back, the smartphone flaunts a gradient design finish and that's where the triple-camera setup is also found. The right frame of the Vivo Z5 is equipped with the volume rockers and the power button, whereas the left frame is seen flaunting in what seems to be the dedicated Jovi AI button.

Moving on, the bottom of the device is seen sporting a speaker grille, a USB Type-C port and the beloved 3.5mm headphone jack. Finally, the images also point out that the Vivo Z5 will include a fast charger in the box capable of up to 22.5W fast charging.

The Weibo listing was spotted by GizmoChina. The Vivo V5 official launch is very near and we'll get to learn more about the device on July 31, when the company will officially take the wraps off of the smartphone. If you can't wait, then you can check out our previous report on the Vivo Z5, as the smartphone has already been listed on TENNA for a pretty long time now, revealing some key specifications of the device.

Five or More Hours of Smartphone Usage per Day May Increase Obesity: Study