Vivo Z1 Pro is said to be the first phone in India with Snapdragon 712 SoC. 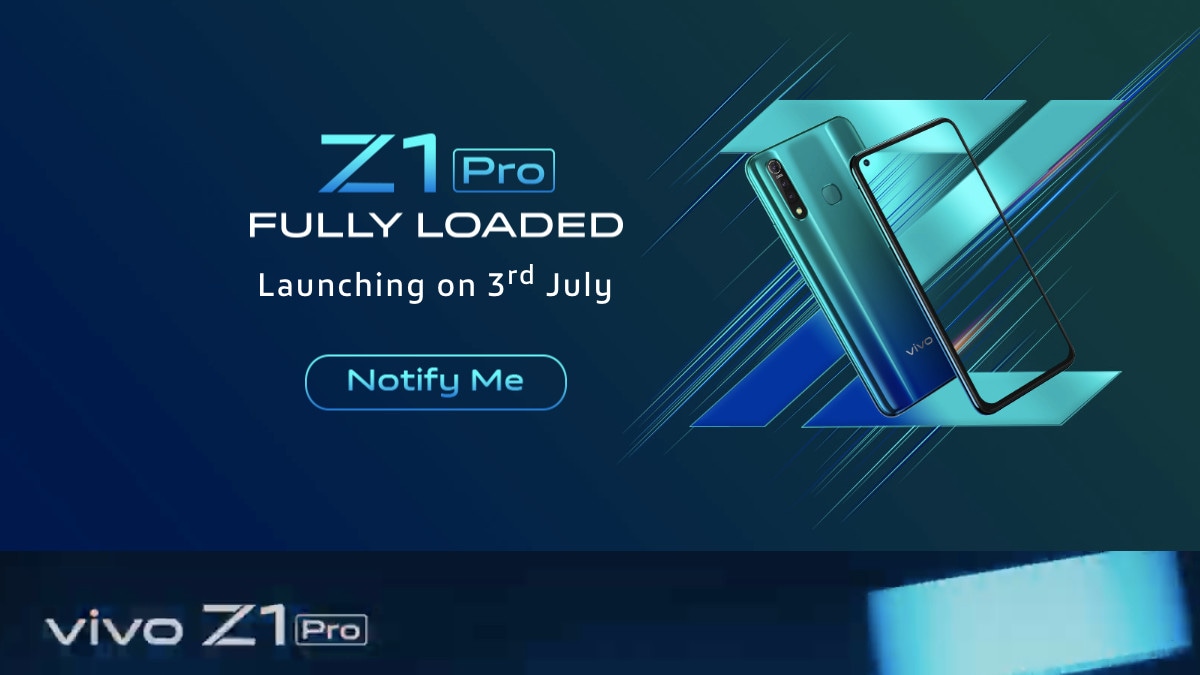 Vivo has ramped up the promotions for the upcoming Z1 Pro on social media and as part of these promotions, the company's social media team is actively telling its followers that the phone will be unveiled on July 3 in India.

“We are glad to inform you that launch date of vivo Z1Pro has been revealed. We are going to launch this handset on 3rd July-19,” the company wrote in a tweet.

As we mentioned earlier, the launch date is also listed on the company's website as well as the teaser page on Flipkart applications.

According to Vivo, the Z1 Pro will be the first smartphone with octa-core Qualcomm Snapdragon 712 SoC in India. The Snapdragon 712 SoC is based on 10nm manufacturing process and uses Adreno 616 as GPU. In a number of benchmarks listed on the official teaser page of the phone, it is shown to be scoring better than Snapdragon 710 and Snapdragon 660 processors.

The phone is also teased to be housing a 32-megapixel in-display (company speak for hole-punch) selfie camera and a triple rear camera setup with LED flash. The company has also revealed that it will be housing a 5,000mAh battery with 18W fast charging support as well as a rear fingerprint sensor.

The pricing details and availability information is yet to be revealed by the company, however with the official launch less than a fortnight away, we won't have to have to wait for long to get the official details.