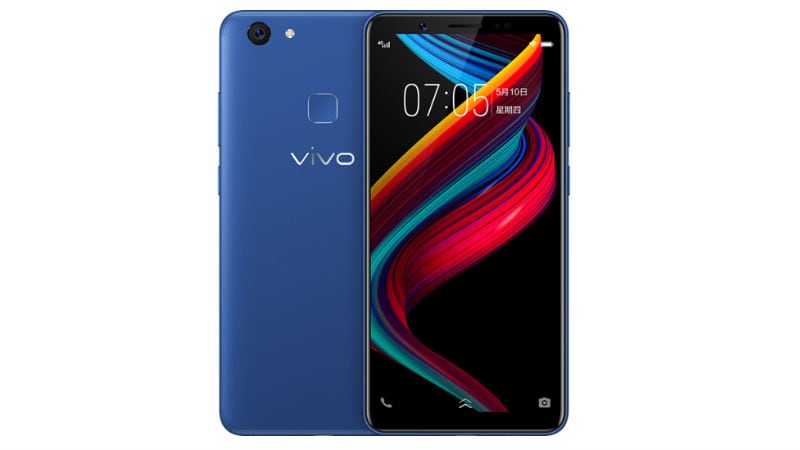 Chinese mobile maker Vivo launched the Vivo V75 in December last year, and now it appears to be set to launch another new smartphone in the series, Vivo Y75s. The upcoming smartphone, alongside another handset allegedly called Vivo Y83, has been spotted in a Chinese certification site. In the official listing, the specifications of both the smartphone have been leaked as well.

As per the TENAA listing, the Vivo Y75s appears similar to the Vivo V7+, in terms of design and specifications. However, they differ in the camera department. Notably, the smartphone has also been spotted on Vivo's China site. The Vivo Y75s sports a 5.99-inch (720x1440 pixels) FullView 2.5D curved HD+ display with 18:9 aspect ratio. It is powered by the Snapdragon 450 processor, paired with 4GB of RAM and 64GB of inbuilt storage, expandable via microSD card (up to 256GB).

Coming to the Vivo Y83, the listing shows that the smartphone sports a 6.22-inch (720x1520 pixels) FullView 2.5D curved display with 19:9 aspect ratio. It is powered by an octa-core processor clocked up to 2.0GHz. The smartphone is equipped with 4GB of RAM and 64GB of inbuilt storage with a microSD card slot.

The Vivo Y83 features a 13-megapixel rear camera with LED flash and an 8-megapixel selfie shooter. Battery capacity of the smartphone is 3180mAh and it runs Android 8.1 Oreo out-of-the-box, with custom Funtouch OS skin 4.0 on top. The Vivo Y83 will ship in Black and Champagne Gold variants. Notably, the pricing and availability details of the smartphones have not been revealed yet.

Amazon Wants to 3D Scan Your Body to Give the Right Fit of Clothing
OnePlus 6 India Launch Tickets Go on Sale Tuesday, Over 1 Million Amazon Users Have Expressed Interest: OnePlus