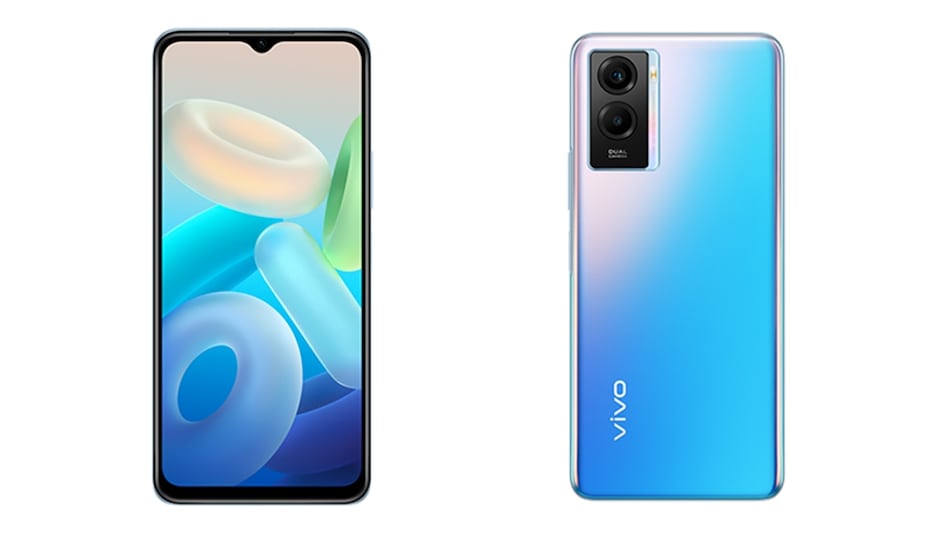 Vivo Y55s has been spotted on TENAA, hinting at the phone's imminent launch in China. The TENAA listing also reveals the specifications of the rumoured smartphone. It says that the smartphone will come equipped with a 6.58-inch full-HD+ display. The handset's top variant is said to come with 8GB of RAM and 256GB of storage. The phone is listed with a dual rear camera setup and its battery is rated at 4,910mAh. Recently, the Vivo phone was spotted on the China Telecom platform.

The TENAA listing, which was spotted by 91Mobiles, shows a smartphone with model number V2164A. The model number has been associated with the Vivo Y55s, as per a listing on China Telecom. Furthermore, the specifications of the rumoured smartphone are similar on both the listings.

Vivo had launched a smartphone with the same Vivo Y55s moniker in 2017.

The TENAA listing shows that the alleged Vivo Y55s will come equipped with a 6.58-inch full-HD+ (1,080x2,408 pixels) LCD display. There is no information on which chipset will power the handset, however, the listing mentions that the phone will come with three RAM options (4GB, 6GB, and 8GB) and two storage options (128GB and 256GB). The China Telecom listing showed that the phone will come equipped with a MediaTek Dimensity 700 SoC.

In the camera department, the alleged Vivo Y55s is listed to come with a dual rear camera setup highlighted by a 50-megapixel primary sensor. There is a 2-megapixel secondary sensor. On the front, the phone is said to come with an 8-megapixel selfie shooter. The same camera configuration was seen in the phone's China Telecom listing.

As mentioned, the TENAA listing shows that the Vivo Y55s will come with a 4,910mAh battery, however, the China Telecom listing states that the phone will have a 6,000mAh battery. Both the listings show that the phone measures 163.87x75.33x9.17mm and weighs 199.8 grams.

What can you expect from Black Friday and Cyber Monday 2021? We discuss this on Orbital, the Gadgets 360 podcast. Orbital is available on Spotify, Gaana, JioSaavn, Google Podcasts, Apple Podcasts, Amazon Music and wherever you get your podcasts.
Affiliate links may be automatically generated - see our ethics statement for details.