Vivo X70 Pro+ is said to come in back, blue pigment, and orange peel colours. 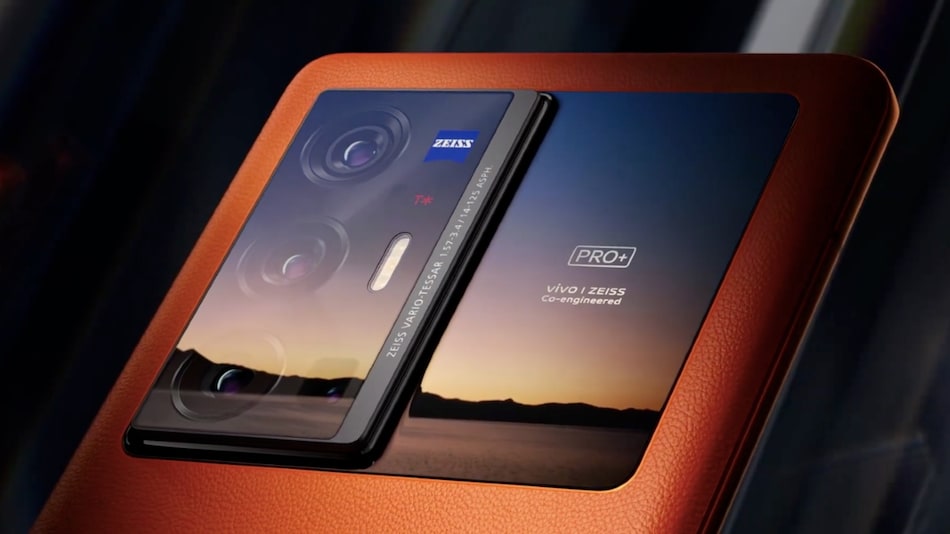 Vivo X70 Pro+ will have a leather back variant

Vivo X70 Pro+ camera details have been leaked following the official teaser shared by Vivo. The Vivo X70 series is expected to include three phones, namely, Vivo X70, Vivo X70 Pro, and the Vivo X70 Pro+. The series is set to launch September 9 as a successor to the Vivo X60 series from December last year. Additionally, the Pro+ variant has allegedly been spotted on Geekbench hinting at some of the specifications. The colour options for the Vivo X60 and the Vivo X60 Pro have also been tipped ahead of their launch.

Vivo recently confirmed that the Vivo X70 series of smartphones will be unveiled on September 9. The Pro+ model has been teased to have a leather back variant and sport a quad rear camera setup that has been developed in partnership with Zeiss. Now, a known tipster with the pseudonym Panda is Bald/ Bald Panda (translated) has shared details for the camera setup on Weibo for the Vivo X70 Pro+.

Further, a Vivo phone with model number V2145A has been spotted on Geekbench and this is said to be the Vivo X70 Pro+. It has been listed with 12GB of RAM and the Snapdragon 888 SoC. The phone scored 1,156 in single-core and 3,460 in multi-score test.

Another tipster with the pseudonym Geek Technology Man (translated) shared on Weibo that the vanilla Vivo X70 and Vivo X70 Pro will come in black, orange, and two other colours called monologue and nebula. The Vivo X70 Pro+, on the other hand, is said to come in black, blue pigment, and orange peel colours.

As mentioned earlier, the Vivo X70 series will be unveiled on September 9 and will likely first be available in China.