Vivo on Wednesday launched its X5Pro smartphone in India. Priced at Rs. 27,980, the smartphone will be hitting the shelves starting August 15 this year. The handset has been available in China since mid-May. Vivo also provided the price of the handset it had launched in India earlier this month, the Vivo V1, pricing it at Rs. 17,980. The company has also launched the Vivo V1 Max, priced at Rs. 21,980, but has yet to detail the specifications.

The highlight of the dual-SIM Vivo X5Pro is it features eye scanner technology that is said to be employed for unlocking the device and can also be used to lock important information stored on the handset. Unfortunately, the model launched in India does not come with the feature. Another highlight of the Vivo X5Pro smartphone is it sports an 8-megapixel front-facing camera that can interpolate multiple images to bump up the resolution to 32-megapixels. It is also a slim smartphone, with a thickness of just 6.44mm.

For specifications, the Vivo X5Pro runs Funtouch OS 3.0 UI  based on Android 5.0 Lollipop. Vivo's Funtouch UI is the company's take on Android, similar to what Chinese companies Oppo and Xiaomi have done with ColorOS and MIUI respectively. It features a 5.2-inch Amoled full-HD (1080x1920 pixels) display that employs 2.5D glass technology and is covered by Corning Gorilla Glass protection. 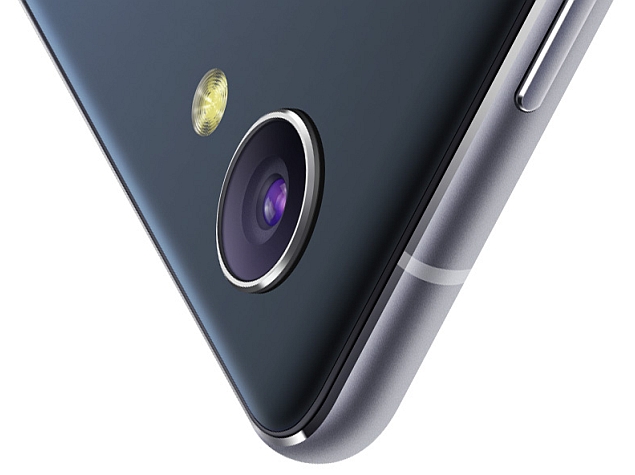 The Vivo X5Pro smartphone supports both 4G LTE bands (TDD-LTE B40 2300MHz and FDD-LTE B3 1800MHz) in India. It is powered by a 64-bit octa-core Qualcomm Snapdragon 615 processor (four ARM Cortex-A53 at 1.5GHz + four Cortex-A53 cores at 1.0GHz) coupled with 2GB of RAM and Adreno 405 GPU. The smartphone includes 16GB inbuilt storage which is further expandable via microSD card (up to 128GB).

The X5Pro sports both a Nano-SIM and Micro-SIM card slot, both supporting 4G, and users can utilise the second SIM card slot to insert a microSD card. It sports a 13-megapixel rear camera with f/2.0 aperture, phase detection autofocus (PDAF), and LED flash. It is backed by a 2450mAh battery and measures 147.90x73.45x6.44mm. It also comes with a DAC AK4375 chip for hi-fidelity audio.