Vivo Rumoured to Be Working on Completely Bezel-Less Smartphone 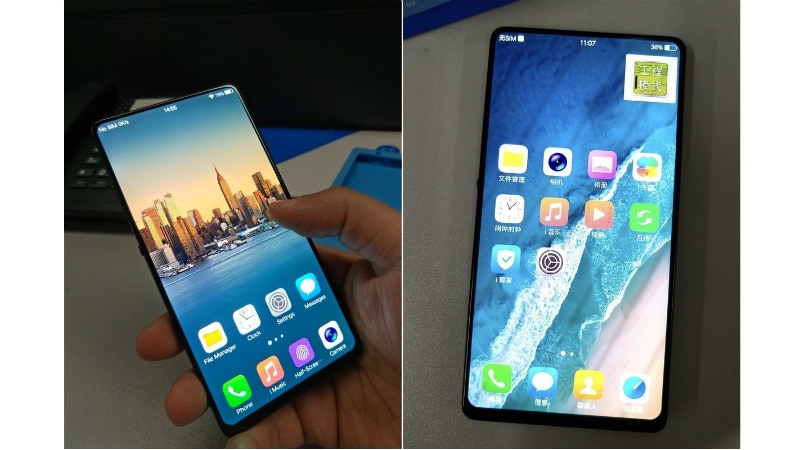 Clearly looking to push hardware boundaries further, Chinese giant Vivo reportedly has plans to launch a smartphone with nearly 100 percent screen-to-body ratio in coming months. Rumoured to be called Vivo X30, the Vivo Xplay7, or even a concept phone, this leaked handset appears to have no bezels at all, and could be the first phone in the market with such a design. This is the second major Vivo leak in a week, after the company's rumoured handset with 10GB RAM was leaked earlier this month.

As spotted by PlayfulDroid and previously seen on Weibo, Vivo is seemingly working on developing a phone with an all-screen design. The leaked images reveal the design, which raises doubt over the incorporation of a selfie camera, ambient light sensor, and earpiece on the phone. The phone is expected to sport a large full-HD+ (1080x2160 pixels) display like the one seen on the Vivo X20 or Vivo X20 Plus.

Additionally, we can expect the phone to sport an under display fingerprint sensor, last seen on the Vivo X20 Plus UD. However, it is unclear whether the phone maker will offer an under display selfie camera and earpiece as well. Samsung had recently patented a similar technology that makes certain features accessible from under the display. This technology is expected to make its debut on the Galaxy Note 9 phablet.

Apart from the display, no other specifications/ features/ design elements have been revealed. It is currently also not known whether this will be the Vivo X30 or the upcoming Vivo Xplay7. It could also, simply, be a concept for future smartphone designs from Vivo. We can expect developments on this front in the coming weeks.

Chances of the completely bezel-less handset being the Xplay7 are slim though. Recent leaks detailing specifications of the rumoured Xplay7 smartphone showed the selfie camera and the usual sensor array above the display. The handset is also said to have 10GB of RAM, up to 512GB internal storage, and 4K display with 92.9 percent screen-to-body ratio, not 100 percent.