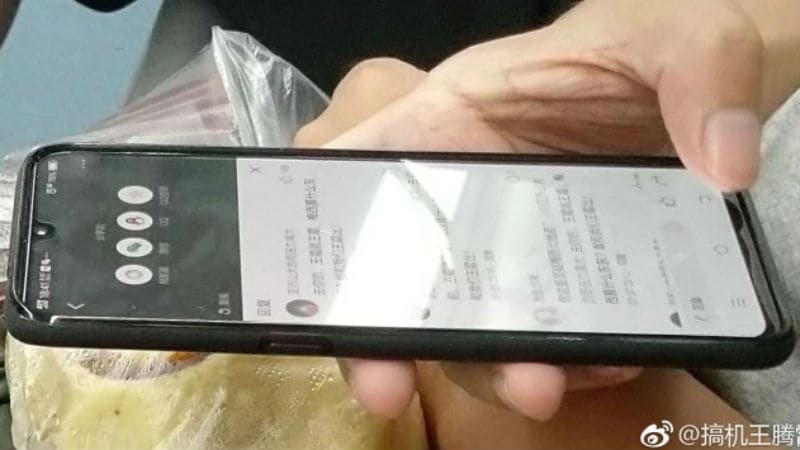 Images of an alleged Vivo X23 phone has surfaced in China

Chinese manufacturer Vivo is rumoured to launch a new smartphone - Vivo X23 - as the successor to the Vivo X21. Leaks and rumours surrounding the upcoming smartphone have already started surfacing on the Web. A report has tipped the specifications of the alleged Vivo X23, while another one has leaked a few images of the handset. The latest information suggests that the Vivo X23 will come with advanced 3D face recognition, a next-gen in-display fingerprint scanner, a display notch, a Qualcomm Snapdragon 670 processor with 8GB RAM, and more. Earlier this week, the smartphone's launch date was tipped as August 23.

As per details shared by a tipster on Weibo, the alleged Vivo X23 will be powered by a Qualcomm Snapdragon 670 SoC, paired with 8GB of RAM. It will sport a 6.4-inch fullscreen display. As per the leaked specifications, the Vivo X23 will come with advanced 3D facial recognition technology and improved under-display fingerprint scanner, similar to the Xiaomi Mi 8 Explorer Edition. Additionally, the smartphone will feature "independent" audio DAC as well. The leak does not reveal where the information is coming from, nor does it provide any details on the availability or price of the Vivo X23. Notably, earlier this week, the Vivo X23 was tipped to launch on August 23, with the company's Jovi digital assistant apparently providing the answer.

Separately, another tipster on Weibo has shared live images of an alleged Vivo X23 handset. The images show a person using the smartphone in public. The images show the phone only from the front, indicating that it will come with a small display notch, similar to the Oppo F9 and Oppo F9 Pro. The images first spotted by ITHome, show that the Vivo X23 will use a "water drop screen", a Snapdragon 670 processor, a new fingerprint scanner, a rear 3x telephoto lens, and 8GB of memory. The phone seen in the image has a cover, making it difficult for us to comment on the smartphone's design at the sides and the back.

To recall, Vivo X21 was launched in India in May this year, following a China launch in March. The smartphone's biggest highlight is, of course, the under-display fingerprint sensor that made it amongst the first production smartphones to offer the feature. It is worth noting that Vivo has not officially confirmed anything regarding the Vivo X23 smartphone. As of now, it is advisable to take the leaks with a pinch of salt.