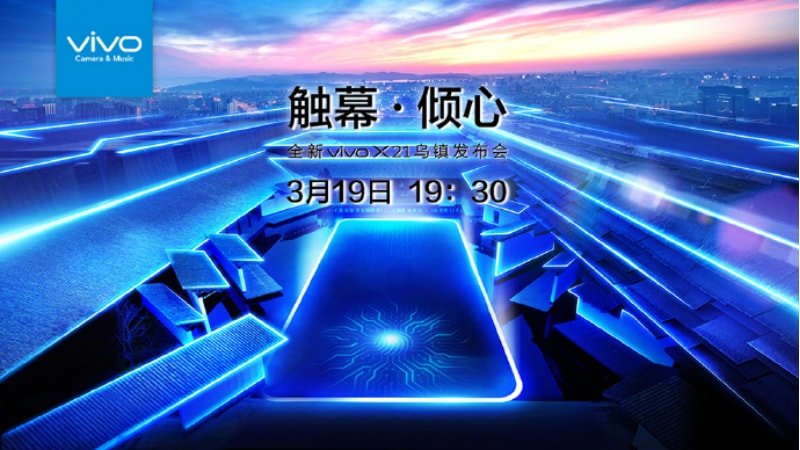 Vivo is all set to unveil two new smartphones - one in the Chinese market and one in India - in the second half of March. The Chinese phone maker, last week, announced plans for a launch event in China slated for March 19 where the Vivo X21 will make an appearance. According to the invite sent out, the company hints at the presence of an under-display fingerprint sensor on the smartphone. Other specifications of the Vivo X20 successor have not been leaked as of now.

Interestingly, this phone has stayed out of the rumour mill with no apparent leaks or renders released until the official confirmation. As a possible successor to the Vivo X20, we can expect this smartphone to feature Qualcomm's premium mid-range SoC - Snapdragon 636 or Snapdragon 660. More information around the handset might be released closer to the launch date, which happens to be in the next couple of weeks.

In other news, the Vivo V9 is coming to India on March 27. And, much like other sheep in the herd, this smartphone will also sport an iPhone X-like notch. Images of the upcoming handset also show that it will also sport a vertical rear dual camera setup and a fullscreen display with thin bezels. Invites for the Vivo V9 launch event have been sent out.