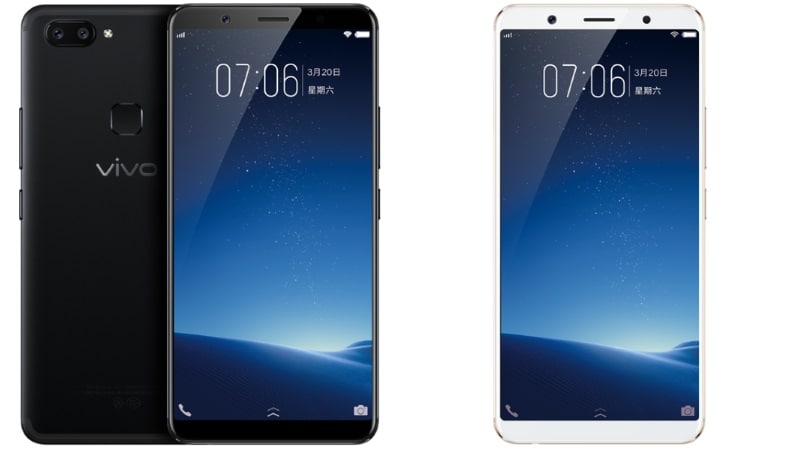 Vivo on Thursday finally launched its X20 and X20 Plus smartphones in China and it seems like the new handsets from the manufacturer carry some of the most in-demand features in the market. The Vivo X20 and X20 Plus smartphones feature Full View displays with taller-than-usual aspect ratio of 18:9 and dual camera setup at the back. The notable difference between the two variants is in the screen size and the battery capacity. The Vivo X20 has been priced by the company at CNY 2,998 (roughly Rs. 29,600) while the X20 Plus comes with a price tag of CNY 3,498 (roughly Rs. 34,500). Both the smartphones will be up for pre-orders starting Monday, September 25 and can be purchased from September 30.

If we talk about the highlight features first, the rear dual camera setup on both X20 and X20 Plus comes with a 12-megapixel primary sensor with f/1.8 aperture and a secondary 5-megapixel sensor. At front, the handsets sport 12-megapixel shooter with f/2.0 for taking selfies. The new Vivo handsets come with the company's Full View Super AMOLED displays with full-HD+ (1080x2160 pixels) resolution and taller-than-usual aspect ratio but the display size on the X20 is 6.01-inch and 6.43-inch on the X20 Plus. The X20 houses a 3245mAh battery while the Plus variant comes with a larger 3905mAh battery.

Moving on to the other specifications, the Vivo X20 and X20 Plus are dual-SIM smartphones that run FunTouch OS based on Android 7.1.1 Nougat out of the box. Both the handsets are powered by an octa-core Snapdragon 660 SoC (with four cores clocked at 2.2GHz and the other four clocked at 1.8GHz) coupled with 4GB of RAM. The new Vivo smartphones come with 64GB of built-in storage, which is further expandable via microSD card up to 256GB.