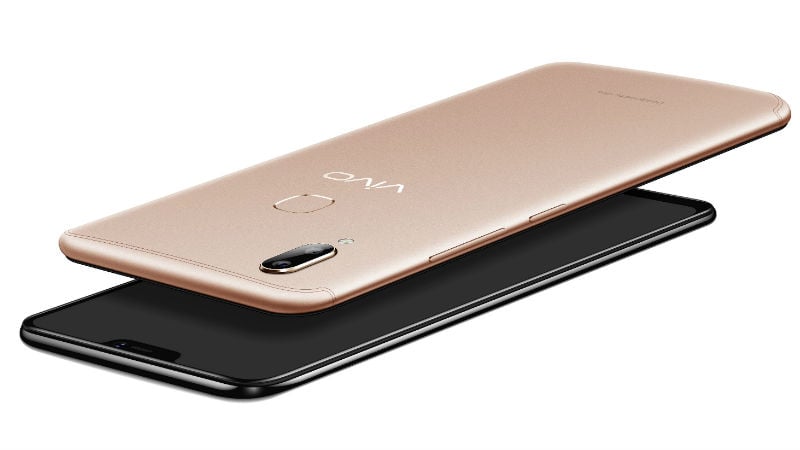 Vivo has unveiled its latest smartphone - Vivo V9 Youth - in India. It is a variant of the Vivo V9, which was launched in the country earlier this year, following its unveiling in Thailand and Philippines. Similar to its pricier version, the new Vivo V9 Youth comes with a 6.3-inch FullView display with a notch that is reminiscent of the iPhone X. The key highlight of the smartphone is a 16-megapixel selfie camera with AI integration and dual cameras at the back. It is also equipped with facial recognition technology. When it comes to design, the Vivo V9 Youth looks almost the same as the Vivo V9.

The Vivo V9 Youth runs Android 8.1 Oreo-based software has been priced in India at Rs. 18,990. It comes in only one variant - 4GB RAM and 32GB inbuilt storage - and will be sold via both online and offline channels. The smartphone is available via offline stores from Friday and will also be available online on the Vivo E-store, Flipkart, Amazon India, and Paytm Mall from April 24, 2018.

Commenting on the launch, Kenny Zeng, CMO, Vivo India said, "With the launch of the Vivo V9 Youth, we are bringing the best features of our flagship V9 in a new avatar for our young and modern consumers. Packed with a host of cutting-edge features, the Vivo V9 Youth is the perfect smartphone for consumers who want a holistic and powerful smartphone experience at a competitive price."

The Vivo V9 Youth comes with a 'Game Mode' feature that claims to prevent distractions such as messages, calls, and alerts during gaming. It has a new Picture-in-Picture for games. Users need to sliding down with three fingers to split the screen into two halves. Also present in the smartphone, is a gaming keyboard that lets users chat while gaming.

The Vivo V9 Youth runs Funtouch OS 4.0 based on Android 8.1 Oreo. It sports a 6.3-inch FullView display with 19:9 aspect ratio. It is powered by the octa-core Qualcomm Snapdragon 450 SoC coupled with 4GB of RAM.

In terms of optics, the Vivo V9 Youth sports a dual rear camera setup with a 16-megapixel primary sensor and a 2-megapixel secondary sensor. At the front, there is a single 16-megapixel selfie camera.

Onboard the Vivo V9 Youth is 32GB of inbuilt storage, expandable via microSD card (up to 256GB). It is powered by a 3260mAh battery.